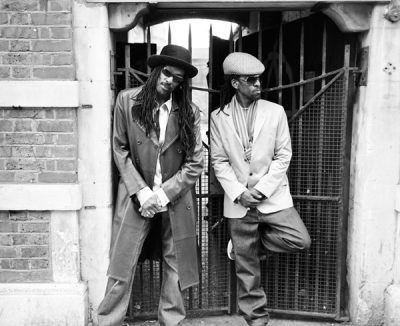 After topping the Reggae charts with their number one single ‘Back to Africa’ in 1976, and a Grammy award nomination for ‘Best Reggae Album of the Year’ (Rise and Shine), Aswad returns to The Jam House for what is predicted to be another sell out event.

MOBO award winners for ‘Outstanding Contribution to Black Music’, Aswad are renowned for their rich melodies and compelling harmonies, woven over hard rhythm tracks and inspired horn riffs. After over forty years of performing and nearly thirty albums, the band have worked with everyone from Bob Marley to Black Arrow – they were even featured on Burning Spear’s 1977 live album recorded at the Rainbow Theatre in Finsbury Park.
Following their previous sell-out show at the Jam House several years ago, they are back in Birmingham for another unforgettable night.

Comment from Aswad: “The Second City is our Second Home – we love the people of Birmingham. We have played the Jam House many times and love how we can get up close and personal with our fans, some of whom we have known for over thirty years.”