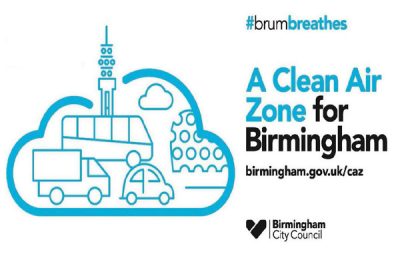 The introduction of the UK’s first Clean Air Zones is to be significantly postponed due to a Government delay in delivering digital systems required to make the zones operational and enforceable.

Both Birmingham CC and Leeds CC had been on track to implement Clean Air Zones on the basis that a vehicle checker tool, which is being delivered by the Government’s Joint Air Quality Unit (JAQU), would be ready by October 2019 as planned. However, JAQU (a joint unit between DfT and DEFRA) has now confirmed that the vehicle checker will not be available until at least December 2019 – leaving just weeks before the zones were due to come into force in January 2020.

Additionally, the Government is now expecting local authorities to deliver a system for collecting payments from non-compliant vehicles which enter the Clean Air Zone – having previously said that it would deliver this.

The Government now needs to outline new timescales that they are confident can be delivered in order to give residents and businesses across the country clarity and certainty about the future of these schemes.

Birmingham to achieve air quality compliance will move back to 2022