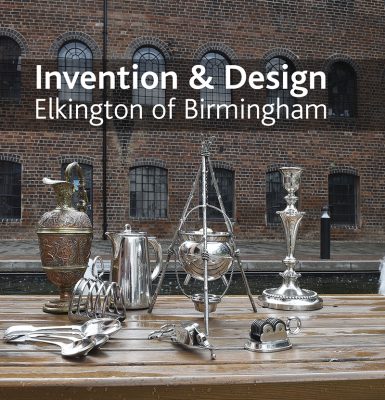 Birmingham has been at the forefront of so many inventions, but it is easy to forget just how much we have contributed to the modern world. The new book: ‘Invention & Design; Elkington of Birmingham’ looks at the discovery of electroplating in the city, with author Jonathan Berg saying we should: “Shout-out more about the city’s role in modern science and industry.”

In our modern world, electroplating is all around us, from the components in our mobile phones to the batteries in electric cars and everywhere in between.

However, without the inventiveness and drive of the Elkington family in Birmingham’s Jewellery Quarter things might have been very different.

The brand-new book: Invention & design; Elkington of Birmingham, tells the exciting story of Birmingham’s invention and industrial application of electroplating, an example of many developments the city has given the world. We see how traditional craft ‘toy’ maker’s workshops formed into the Jewellery Quarter when the Colmore family sold their estate in the eighteenth century.

The Elkington family brought together different discoveries and skills that gave rise to the invention of electroplating. They bought people together to help quickly move on to production for world markets. 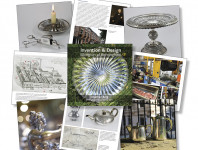 Speaking of his new book, author and photographer Jonathan Berg says: “It has taken three years to produce, and it has been fun seeking out the huge range of things that Elkington produced. The book shows many items on location, for example on the site of the Newhall Street factory, and in the grounds of the former home of George Elkington and family, now the Quaker Study Centre in Selly Oak.”

Jonathan goes on to say: “We need to shout-out more about the contribution Birmingham has made on the world stage in so many areas of science and industry. We are expecting substantial numbers of visitors next year to the Commonwealth Games, and many will be amazed by things Birmingham has given the world.”

Jonathan’s other books include Positively Birmingham, which has been a best-seller in the city since the 1990s.
Invention & Design; Elkington of Birmingham will be officially launched at a reception attended by the Lord Mayor of Birmingham and overseen by TV presenter Gary Newbon at The Exchange in Centenary Square on Saturday 27th November. The book is available from bookshops in the city and post free on the internet at www.positivelybirmingham.co.uk.