Home » Tourism in the JQ » Charity on the Buses 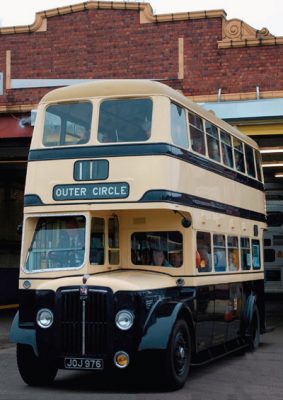 On the 11th of November in 2011 the date was 11-11-11 and, as proud Brummies, retired businessman David Humphries & his wife Pam thought it would be a great idea to celebrate this numerical co-incidence by hiring an old Birmingham Bus and taking it round the Outer Circle – the Number 11.

The tour set off from Sarehole Mill in Moseley and did the entire route, with a coffee break in Witton, raising over £500.00 for charity.

David conducted an audio commentary during the journey, outlining the history of the outer reaches of the second city.

Buses, however, have a limited number of seats and three buses could have been filled, so in 2012 three more Outer Circle tours took place as well as a ‘Cotswolds’ tour in an old Midland Red bus taking in a ride on a steam train and seeing the tallest fountain in England.

Plans are now in place for their Historic Bus Tours in 2013. Birmingham’s Outer Circle is on the agenda with two anti-clockwise tours following the 11-11-11 format in September, and two more in April – but with a twist!

Because Wythall Museum’s usual Birmingham Bus is going through an extensive overhaul a West Bromwich double deck bus from 1963 is being used to go round the Outer Circle in a clockwise direction. 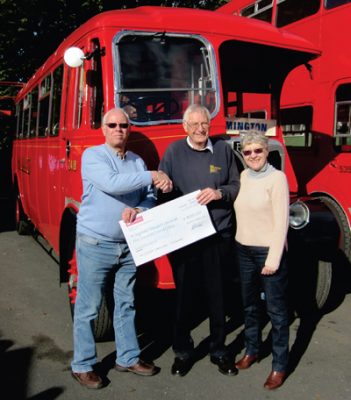 Last October Pam and David joined the staff at the Wythall Transport Museum to hand over a cheque for £400.00, the museum’s share of the charity money raised in 2012. The occasion was the museum’s special ‘Midland Red’ event when they unveiled their ‘SON’ single decker (seen here), which has been the subject of a 25 year long restoration project.

In addition there will be another ‘Cotswolds’ tour, a journey to the Black Country Living Museum with rides on trams, a trolleybus, and a canal narrow boat through the Dudley Caverns.

In July the delights of Birmingham’s 1A bus route through Moseley and Edgbaston can be experienced which will include diversions to visit the Museum of The Jewellery Quarter and Winterbourne House & Garden.

This tour will finish with a ride down the Bristol Road to see how things have changed around Selly Oak, Northfield, and Longbridge over the last few years.

All the tours will include an audio commentary and breaks to get fed and watered as well as the opportunity to raise funds for local charities.