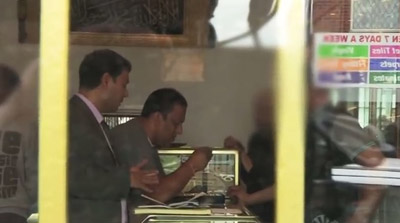 A Birmingham jeweller was sentenced to eight months imprisonment, suspended for 18 months, and ordered to pay a total of £25,000 after pleading guilty to 17 offences, under the Hallmarking Act 1973, Trade Marks Act 1994, and Consumer Protection from Unfair Trading Regulations 2008.

Amjad Mahmood Yousif, trading as Crown Jewellers at 39 Formans Road, Sparkhill, was ordered to pay £11,281 in costs, a further £13,718 under the Proceeds of Crime Act and to complete 120 hours unpaid work, during the sentencing at Birmingham Crown Court.

Birmingham City Council brought the case against the company after Trading Standards officers seized 80 pieces of jewellery during an inspection on 28 August 2012. In total, 76 items were not hallmarked, including 11 which did not contain the correct level of gold to be classed as 22 carat.

A further three gold men’s rings that bore trade marks for Nike and Mercedes-Benz, which Yousif did not have permission to use, were also seized: Two of these were also not hallmarked. All items taken by officers were handed to Birmingham Assay Office for inspection and analysis.

During a formal interview on 11 October 2012, Yousif admitted under caution that he was not registered with Birmingham Assay Office and therefore could not have hallmarked any of his jewellery. He has since applied to the Assay Office to be registered for hallmarking, which has been accepted.

The court also agreed all the unhallmarked items should be returned to the Assay Office for hallmarking, the cost of which will also be met by Yousif, who was able to continue trading throughout the investigation.

Jacqui Kennedy, Birmingham City Council’s director of regulation and enforcement, said: “People should be able to have confidence when they are buying valuable goods, like gold jewellery, that they are of the quality they purport to be.”

“A number of the rings seized by our officers also broke regulations on the use of trademarks, which consumers may not be aware of – but this is why it’s important for Trading Standards to take action and bring cases like this to the public’s attention.”

“Global brands that have been built up over decades of hard work do not deserve to be damaged as a result of their logos being used on inferior or unlicensed products.”