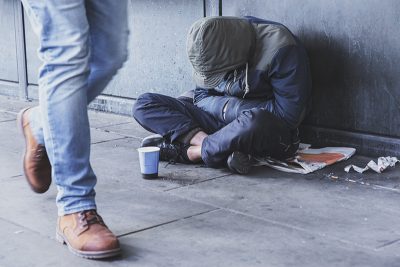 Birmingham City Council is asking people who live or work in or visit Birmingham to share their views on plans to introduce measures to tackle anti-social behaviour in the city centre.
The council is looking to implement a Public Space Protection Order (PSPO) to prevent certain anti-social behaviours within the city centre – covering an area from Five Ways and Ladywood across to Digbeth, including the Jewellery Quarter, Chinese Quarter, Snow Hill, and Lee Bank areas.

A six-week consultation, launched today (5 November 2021), will involve an online questionnaire, surveys, and a series of pop-up engagement sessions to be held in key city locations during this period, details of which will be announced soon.

PSPOs were introduced under the Anti-Social Behaviour, Crime and Policing Act 2014 to provide police forces and local authorities with additional powers in a defined area to tackle a wide range of anti-social behaviours.

In the city centre, this would be introduced to address groups gathering, anti-social behaviours (such as urinating / defecating in public, graffiti, and verbal abuse) and anti-social street drinking.
Cllr John Cotton, Cabinet Member for Social Inclusion, Community Safety and Equalities, at Birmingham City Council said: “Our city is a fantastic place to live in, work in and visit, and I want Birmingham to be a place where people feel safe as they walk around the city centre, enjoying all that it offers, day and night. Now more than ever there is a real onus to ensure public safety is a priority.
“However, I am also aware there may be vulnerable people in the city centre, so this is also about ensuring we get help to those who are struggling, by signposting them to suitable support services to tackle some of these behaviours. Our approach is always to offer help to individuals first.”

Any person found to be in breach of the proposed order would be referred to the appropriate service(s) such as substance misuse or mental health / wellbeing services.

To have your say visit the Birmingham Be Heard website or attend one of the pop-up consultation sessions, details of which will be available on the website soon.

This consultation closes at midnight on Friday 17 December 2021.