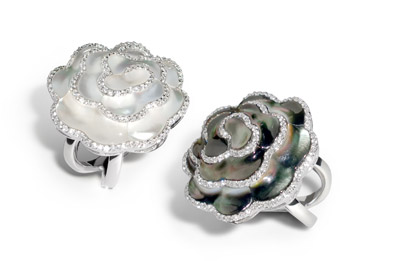 Returning to the prestigious Goldsmiths’ Fair last week, Birmingham-based jewellery designer Fei Liu was the focus of much attention alongside his designer-maker contemporaries.

Enjoying a highly successful show selling directly to consumers at the historic Goldsmiths’ Hall in London, Liu was particularly delighted at the continued interest in his signature gold Whispering collection and in his latest work, Buddleia, launched exclusively for exhibition at the Fair.

Liu said of the event: “I was delighted to be invited to return to Goldsmiths’ Fair this year and we have had great results from the show. This is highly promising for the Christmas season and we have had the valuable opportunity to discover exactly what consumers are looking for.”

Based in the Jewellery Quarter, Fei Liu is currently in the process of developing new collections for both his sterling silver and fine jewellery ranges, to be launched officially early next year.