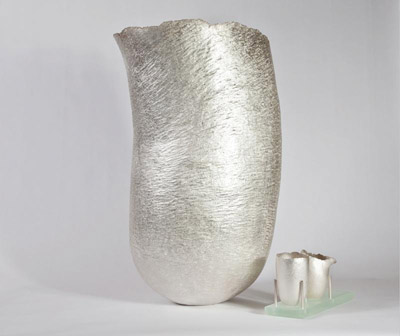 This is the first dedicated selling exhibition of post-war and contemporary British silver to take place in the Centre’s bright, modern ground floor exhibition space – the perfect showcase for the amazing array of contemporary silver creations on display.

The ‘Festival of Silver’ features eminent silversmiths and silver dealers Brett Payne, Bishopsland Trust, Richard Fox, John Higgins Contemporary Silver, Phil Barnes, Styles Silver and William & Son – who between them represent and show works by a stellar list of British silversmiths, including some of the most influential post-war silversmiths, as well as a number of young rising stars.

Collectively the exhibition demonstrates the exciting renaissance of British silversmithing over the past 60 years and clearly shows why Britain today is recognised as a world centre of excellence for silversmiths. 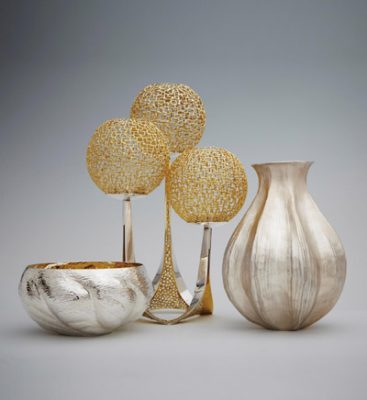 Important early pieces by the young pioneers of the modern British silversmithing movement such as Gerald Benney, Stuart Devlin, Christopher Lawrence, Robert Welch, Chailey Lambert, Keith Redfern and Graham Watling are all featured, in addition to silver by the subsequent generations – Rod Kelly, Malcolm Appleby, Wally Gilbert to name but a few.

Representing the up and coming future generations are the likes of Miriam Hanid, Theresa Nguyen and Kate Earlam, winner of the Goldsmiths’ Company’s Young Designer Silversmith Award 2012.

In keeping with the celebratory spirit of the moment, Styles Silver has commissioned silversmith Martyn Pugh to make a limited edition caddy spoon commemorating the 2012 Olympics (20 in silver and 12 in gold gilt), while James Dougall has made 12 to celebrate the Diamond Jubilee. These along with other exciting new work will all be on exhibition.

To add an international flavour to the event, Belgium father and son silversmithing duo Rob and Jaap Thalen have been invited as special guests.

Thalen & Thalen has an international reputation for producing exceptional silver vessels and sculptural silver objects, the majority on a dramatically large scale. 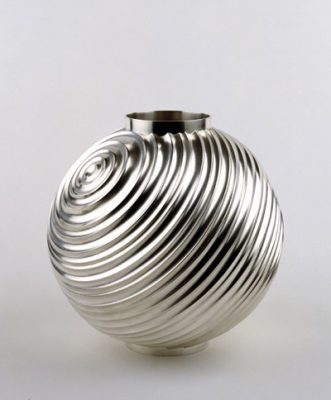