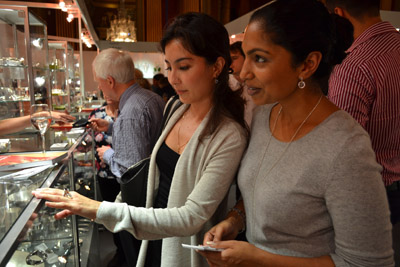 168 jewellers and silversmiths from across the British Isles have been selected to exhibit at Goldsmiths’ Fair this autumn (22 Sept – 4 Oct).

Applications to exhibit increased significantly (8%) for a second year running.

136 jewellers and 32 silversmiths will make Goldsmiths’ Fair 2015 an unrivalled showcase of UK-based talent, with each designer-maker expected to reveal their latest collections.

Exhibitors were selected from across the UK by an expert judging panel assembled by The Goldsmiths’ Company, the UK’s leading patron of jewellers and silversmiths. 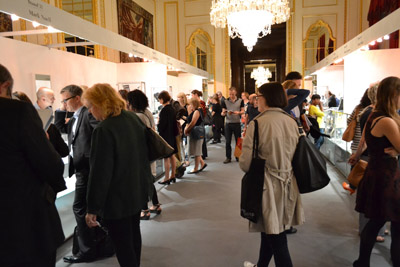 Another exciting debut will be made by the Brighton-based jeweller, Cara Tonkin, who takes inspiration from the stylized organic forms of Art Nouveau and the sleek, sculptural aspects of Art Deco.

The Goldsmiths’ Company has awarded ten recent graduates a stand at the Fair in recognition of their formidable talent, a bullion loan, £1,500 cash, and mentoring sessions with experts from the Goldsmiths’ Centre.

Names to look out for in this category include the Falkirk-based jeweller Lindsay Hill who harnesses advanced digital technologies and challenges the traditional use of gemstones.

Kyosun is the first graduate over 30 to be accepted under new rules introduced for this and future Goldsmiths’ Fair selections.