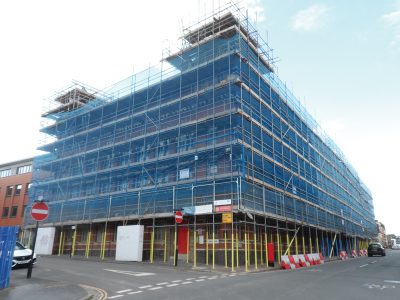 Possibly the world’s only Pen Museum, it has been awarded up to £67,000, as part of the Government’s £1.57 billion Culture Recovery Fund (CRF) to help face the challenges of the coronavirus pandemic and to ensure they have a sustainable future, the Culture Secretary announced in November.

The Pen Museum aims to preserve and improve the public’s access and understanding of its vital role in pen production when the city produced 75% of the worlds steel pen nibs, exporting them around the world.

Andy Munro, Chair of the Trustees of the Pen Museum said; “We are delighted for this vital lifeline from the Government’s Culture Recovery Fund.

The Pen Museum is a charity and is almost exclusively run by a loyal band of knowledgeable volunteers to keep this important part of Birmingham’s and the UK’s Heritage alive. At its height Birmingham produced over 75% of the world’s pen nibs exporting the ability to communicate around the world.

“The Pen Museum’s planned re-opening in November will go ahead with a renewed vigour and optimism and our work to improve the accessibility and appreciation of the collections will be greatly enhanced by this support.”

Culture Secretary Oliver Dowden said: “This funding is a vital boost for the theatres, music venues, museums and cultural organisations that form the soul of our nation. It will protect these special places, save jobs, and help the culture sector’s recovery.

“These places and projects are cultural beacons the length and breadth of the country. This unprecedented investment in the arts is proof this government is here for culture, with further support to come in the days and weeks ahead so that the culture sector can bounce back strongly.”

The Pen Museum is one of 1,385 cultural and creative organisations across the country receiving urgently needed support. £257 million of investment was announced in November as part of the very first round of the Culture Recovery Fund grants programme being administered by Arts Council England. Further rounds of funding in the cultural and heritage sector are due to be announced over the coming weeks.