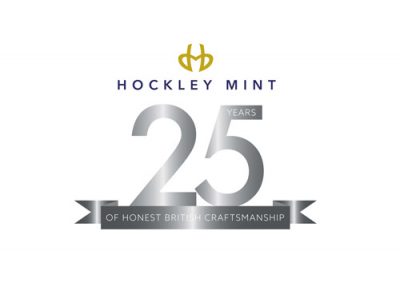 The finalists are Anna Carter, Yasmin Everley, Roxanne Gilbert, Angela Gillies, Yvonne Knights and Jessica Mead, who were all applauded by the judges for their creativity and vision.

Gary Wroe, managing director of Hockley Mint, said: “We were overwhelmed by the high quality of entries we received and I was particularly impressed by how inventively the concept of our anniversary was incorporated into the shortlisted designs. I am really looking forward to revealing the winner – and showcasing the winning design, which we will now be manufacturing – at IJL next month.”

Hockley Mint’s competition was launched at the Jewellery & Watch show in February 2017 to mark the British manufacturer’s 25th year in business. It invited both students and more established designers to help commemorate its silver anniversary year by designing a unique, statement piece of jewellery or silverware that represents Hockley Mint’s standing in the industry.

The winning piece will be made in Fairtrade silver and may contain elements of Fairtrade gold. It will be cast by Hockley Mint and unveiled at a sparkling champagne reception at the International Jewellery London (IJL) show on Monday 4 September (stand D31), when the winner will be announced.

It will then be displayed in Hockley Mint’s refurbished boardroom to commemorate the business’ 25th anniversary. The winner will be presented with a version of the design at the IJL show, and will also receive prize money of £250 and a year’s free insurance cover courtesy of TH March. TH March has also offered all entrants to the competition a 10% discount on insurance cover.