Home » Entertainment » Jaki Graham to headline at The Jam House 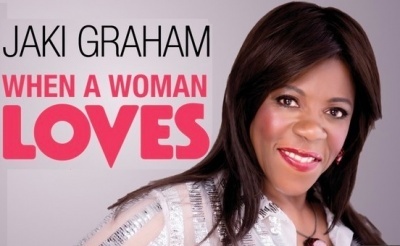 One of Birmingham’s most successful Soul singers, Jaki Graham, to headline at The Jam House Birmingham, 7th June

Born in Birmingham, Jaki Graham is noted as one of Britain’s foremost and successful black female artists and has achieved a Guinness World Record for being the first black British female singer to have 6 consecutive Top 10 / 20 hits.

“Round and Around” was Jaki’s first successful solo hit and reached number 9 in the charts of June 1985. She rose to prominence in the UK charts in the 80’s with solo and duet releases ‘Could it Be I’m Falling In Love?’, ‘Mated’, ‘Breaking Away’, ‘Step Right Up’ and ‘Set Me Free’.

Jaki featured as a special guest vocalist for UB40 on their 1986 album Rat in the Kitchen whilst achieving notable chart success herself during that time. As well as her UK success, Jaki’s voice and music were notable on an international level, slipping into the nineties era of music with ease, including a No.1 for 5 weeks in the US Billboard Dance chants with her rendition of Chaka Khan’s ‘Ain’t Nobody’ and as a result won over a new legion of eager fans worldwide. Jaki has also been honoured with the Birmingham ‘Walk of Stars’ award.

Jaki continues to perform around the globe. Having joined Sir Cliff Richard as the only UK special guest on his ‘Soulicious Tour’ alongside James Ingram, Percy Sledge, Freda Payne and Fifth Dimension, she recently comes off the back of touring with Michael McDonald as his Special Guest on the UK leg of his 2018 Tour. Jaki Graham firmly maintains her position as Britain’s most revered Queen of Soul with the release of her long awaited new studio album ‘When a Woman Loves’, which this night at the Jam House celebrates and showcases alongside her classic hits. Her powerful voice, positive energy and radiance are injected in every one of her performances. A show not to be missed!

John Bruce, General Manager at The Jam House Birmingham Comments: “I have followed Jaki throughout her career, from the release of “Round & Around” and have enjoyed each turn. She has such a strong voice and is a great stage entertainer. Really looking forward to 7th June!”