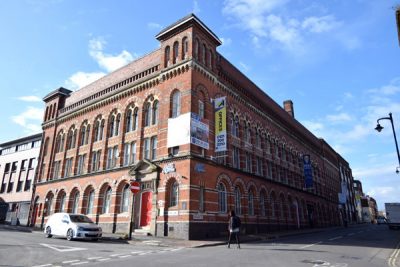 The JQTH project is a three-year scheme funded by the National Lottery Heritage Fund (NLHF) – and others – to repair and restore historic buildings within the Jewellery Quarter and provide opportunities to learn about the unique heritage of the area. The first grant of the scheme has been awarded to the Grade II* listed Argent Centre.

Built in 1862, the Argent Centre was originally a pen manufactory for W E Wiley. The building also housed Turkish Baths which utilised steam from the factory’s engine. Now, the building is home to a plethora of independent businesses, including the world-renowned Pen Museum.

The museum, which opened in 2001, promotes and preserves the important legacy of Birmingham’s pen trade, which saw the city lead the world for the manufacturing of pens and pen nibs during the 1800s.

Situated on the corner of Frederick Street and Legge Lane, the building is notable for its ornate architectural style, acting as a gateway to the Jewellery Quarter’s industrial middle – a geographically defined area within which the JQTH project solely operates and aims to rejuvenate.

Part of the JQTH project includes the delivery of an activity programme, which aims to engage different audiences with the heritage of the area through a range of public events, exhibitions, talks and tours which have taken place over the last 18 months and will continue until early 2021. Now, the JQTH is able to begin work on the physical aspect of the project and tangibly enhance the restoration of the Jewellery Quarter’s industrial middle through the award of its first grant. 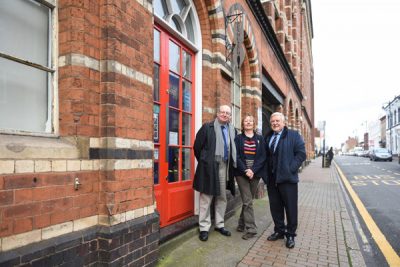 Cllr Phil Davis, Chair of the Jewellery Quarter Development Trust (JQDT) is excited to see the project’s first grant approved. He comments “The JQDT exists to pull investment into the Quarter and particularly into supporting the JQ’s unique character as both a great heritage location and Birmingham’s creative Quarter.

It’s great to see money now flowing from the NLHF funded JQTH project into a key historic and commercial site such as the Argent Centre. This grant is one of a number of tangible benefits from the project that will become visible in the next year or so.”

Work will commence on The Argent Centre in early 2020 with an anticipated completion date of autumn 2020. Works will see the reinstatement of the pyramid turrets that used to be positioned on two of the corners of the building. Other improvements include the repair of the brickwork, stonework, and windows.

“We are pleased to be able to restore the exterior of The Argent Centre in collaboration with Jewellery Quarter Townscape Heritage, National Lottery Heritage Fund and Midland Conservation Ltd and are excited to see the improvements.”