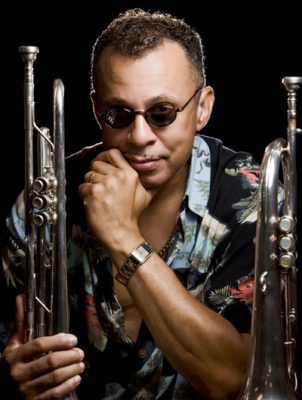 Tom Browne first rose to prominence through his early work with American jazz saxophonist Sonny Fortune and is acclaimed for his No.1 US Billboard R&B single ‘Funkin’ for Jamaica (N.Y.)’. The hit record is a floor-filler track par excellence. Released by Tom Browne in 1980, ‘Funkin’ regularly finds a place in every DJ set, every night, throughout the Western World!

In 1979 Browne’s debut album ‘Browne Sugar’ charted at No. 6 on the Jazz Albums Chart and his follow-up album, ‘Love Approach’, featuring ‘Funkin’, hit the top slot in the Billboard charts in its first week. As well as his second single hit, ‘Thighs High (Grip Your Hips and Move)’, Browne released several more successful albums throughout the ‘80s, earning him a legacy as being one of the best smooth jazz trumpet artists of all time!

In 1994 the trumpeter returned and released the funk album ‘Mo’ Jamaica Funk’, earning strong reviews from the critical press. The extolled jazz number ‘Another Shade of Browne’ followed in 1996, spawning the hit single ‘What Took So Long?’

His show at the Jam House is highly anticipated on 7th September, and will see the return of classic favourites alongside contemporary material.
John Bunce, General Manager at The Jam House Birmingham, comments: “I’m really excited for this show and am looking forward to hearing some of Tom’s brilliant tracks performed live again! Our Funk & Soul Night Out is always a fantastic evening and Tom will be a brilliant addition, his big record tracks are sure to get everyone dancing!”