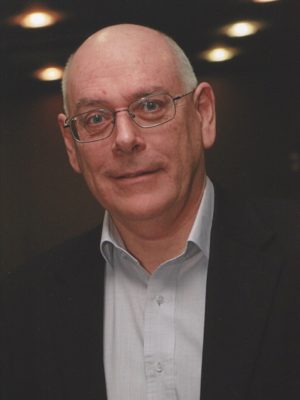 A well-known chartered accountant, who for ten years was financial director of Birmingham Press Club, has died aged 71.

Colin Meager (pictured) passed away at his home in Sutton Coldfield, with his family at his bedside, after losing a battle with cancer.

John Lamb, Press & PR Director at Greater Birmingham Chambers of Commerce who was chairman of Birmingham Press Club during Colin’s tenure as financial director, said: “As owner and founder of his own Jewellery Quarter-based accountancy practice, Colin had been providing specialist advice and strategic support to businesses for over 25 years: But he also found time to devote himself to the financial affairs of the Press Club and helped steer it through some very difficult times in the 1990s when finances were precarious.”

Colin, a Fellow of the Institute of Chartered Accountants in England & Wales, trained and qualified with Arthur Young (now Ernst & Young), working both in the UK and overseas before opening his own practice in 1983, specialising in looking after the affairs of small and medium sized businesses. He was also actively involved in the management of Integra International, an international association of independent accounting practices.
For many years, Colin had been a sponsor of the Birmingham Gems Calendar, which this year is supporting Birmingham Museums, QE Hospital, and the Lord Mayor’s Charity.

A keen outdoor enthusiast with a love of sailing, walking, and cycling, Colin was also an avid fan of Nottingham Forest FC. Colin’s son James said: “My father thoroughly enjoyed being part of Birmingham’s business community and took great pride in being a director of the Press Club for ten years.”
The funeral took place on 11 February but because of the current Covid restrictions attendance was by invitation only. Any donations to John Taylor Hospice may be made via www.justgiving.com/fundraising/colinmeager

Colin is survived by his widow Lis, son James and partner Charlotte and sister Judy.