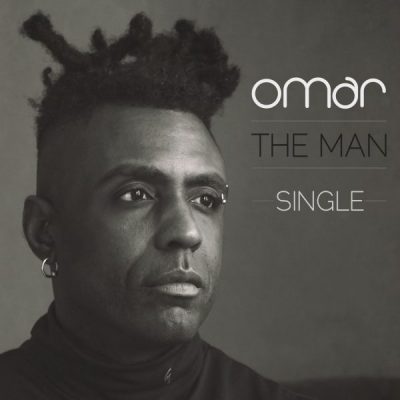 Regarded as the founder of the British Neo-Soul movement, multi-instrumentalist Omar, will be returning to The Jam House, Birmingham on Thursday 7th March 2019.

The legendary Omar has been making music for more than 32 years and is well known for urban hits such as ‘There’s Nothing Like This’, ‘Say Nothin’ and ‘Keep Steppin’ as well as many significant collaborations with the likes of Stevie Wonder, Angie Stone and Carleen Anderson.

Considered a successful actor as well as a musical prodigy with his first single ‘Mr Postman’ being released in 1985, Omar has also collaborated with the iconic Stevie Wonder on the duet ‘Feeling you’ and even went on to supported Stevie at 2016’s epic unforgettable Hyde Park concert. After making weekly appearances on BBC Television in Javon Prince’s comedy show, as well as touring the world and performing as one 5th of The British Collective, Omar is now recognised globally.

2017’s new release ‘Love In Beats’ is Omar’s 8th studio album which he will play live at the Jam House, it is thought to be the most diverse and varied to date; incorporating Caribbean rhythms, an undercurrent of funk, with zouk and a jazzy waltz.

Omar comments: “I’m so excited to be back in Birmingham performing at The Jam House! I will be playing my new album ‘Love In Beats’ which is an album of a labour of love between myself and my Grammy award winning brother. It is filled with powerful songs and mesmerising beats – that is my music and my brother’s beats. It’s going to be a night to remember!