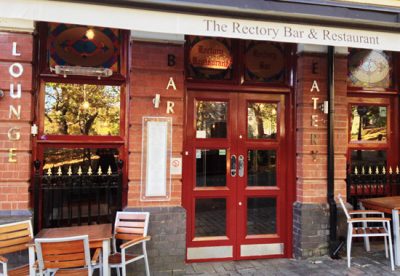 The Rectory picked up its award from Lord Rooker, formerly a Birmingham MP and now chair of the Food Standards Agency at an awards ceremony at Villa Park on Thursday.

Birmingham city council has now signed up to the national scheme operated by the Food Standards Agency that judges food hygiene and safety standards across all food businesses and awards a rating according to how well they perform.

Following its most recent assessment, The Rectory achieved a maximum rating if “5” and in recognition of this it was invited to collect its award in person at the special launch event. 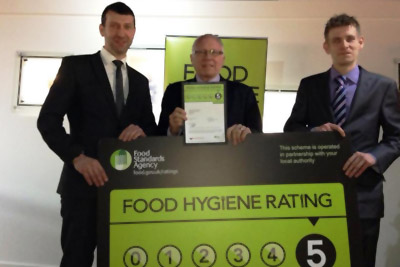 The award being picked up at the event at Villa Park by Paul Barr, Senior Manager (left) and Mark Heath, Manager (right), from Lord Rooker (centre)

“We’re delighted to be part of this important scheme,” commented Paul Barr the Senior Manager picking up the award, “customers can now be reassured of standards wherever they choose to eat, and more and more of them will look out for the Food Hygiene scores and that can only benefit consumers.

At The Rectory we are committed to maintaining the highest possible standards and this award is a reflection of all the hard work put in by the team.”

Information on the scheme along with the full list of scores can be found at the Food Standards Agency website at http://ratings.food.gov.uk