Home » Entertainment » The Three Degrees at The Jam House 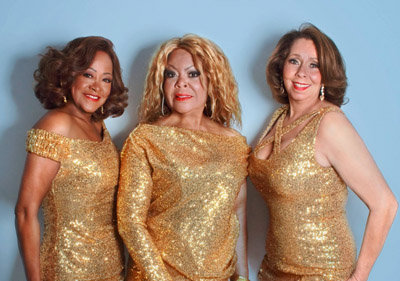 The famous girl band are most renowned for their record ‘When Will I See You Again’, which was a major hit throughout the world, topping the chart in the USA, UK, Japan and most European countries.

Prince Charles himself publicly acclaimed that The Three Degrees are his favourite group, ‘Charlie’s Angels’ as they were tagged. The group were particularly successful in the UK, achieving 12 Top 50 hit singles between 1974 and 1985.

Today, the line-up consists of Valerie Holiday, Helen Scott, and Freddie Pool. Valerie has been with the band since 1967, Helen since 1963 (having took a ten-year break in-between), and Freddie joined in 2011, replacing Cynthia Garrison. After more than four decades of existence, The Three Degrees are the longest running female vocal group in history.

Their highly anticipated performance at the Jam House will see the return of hit favourites: ‘Dirty Ol’ Man’, ‘TSOP’, ‘When Will I See You Again’, Year of Decision’, ‘Woman in Love’, and many, many more.

Helen Scott, Bandmember of The Three Degrees, comments: “We love the Jam House! The club lives up to its name, people really jam there. So much energy and the staff are always so friendly.

I will tell you a little secret – we always get there early enough to have dinner! A lot of venues don’t have great food but the Jam House does. And the sound is great – loud and in your face but a great atmosphere.”

For more information and to purchase tickets, please visit www.thejamhouse.com.