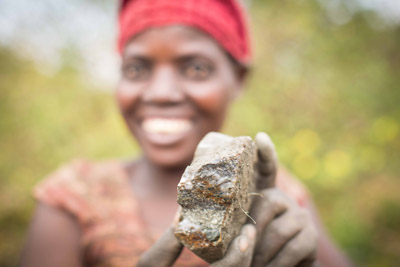 Taking place at Kettner’s in London, this major press launch will include special guest speakers representing Fairtrade Africa, including a mineworker who will be able to talk first-hand about the positive differences that Fairtrade mining can bring.

Other speakers include Alan Frampton of Cred Jewellery, Judith Lockwood of Fairtrade gold brand Arctic Circle Diamonds and ethical entrepreneur Liz Earle MBE, who will use the event to showcase her own Fairtrade jewellery collection.

Assay Office Birmingham, which designed the Fairtrade Gold mark for jewellery, will also be attending the event, along with British ethical manufacturer Hockley Mint, a company making strides in encouraging the wider jewellery industry to use Fairtrade precious metals.

“This press launch forms part of our on-going campaign to promote Fairtrade jewellery to British consumers, on behalf of our clients and partners,” says Sarah Carpin, director of Facets PR. The agency recently led a trip to Tanzania to visit an artisanal mine that will shortly receive Fairtrade accreditation, which won coverage across platforms including Business of Fashion and Professional Jeweller, and upcoming coverage in Marie Claire and Retail Jeweller.

The event will be a chance for Fairtrade jewellery brands or designers licensed to use the metal to showcase their work to national press, including fashion titles, newspapers, ethical press, jewellery writers and the trade press.

“There are still opportunities for jewellery brands and designers who would like to promote their use of Fairtrade precious metals to take part in this launch event,” Carpin adds. “We have found that there is a lot of interest in Fairtrade Gold from the press and we are involved in driving a consumer campaign to raise awareness of Fairtrade Gold among the press.”