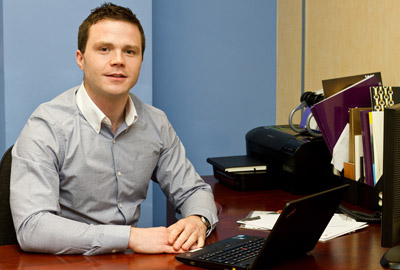 WB The Creative Jewellery Group is moving a key member of its team to Australia with a view to expanding its operations in the continent.

Ben Williams, FGA, DGA, who is also trained in marketing, has been appointed ‘Group General Manager’ for Australia. Williams, who joined WB The Creative Jewellery Group in 2007 has held a number of different roles within it – serving previously as marketing manager for Domino and most recently as business development manager for Advalorem.

Williams’s initial role on reaching Sydney will be to work closely with Domino’s Australian distributor Peekays to expand countrywide sales of the brand’s extensive range of ring mounts and findings as well as its finished jewellery collections such as Rosabella.

Peekays, which is a long-established findings company with significant market penetration, is owned and managed by Anita Kornmehl. It has been collaborating with Domino for the past two years.

Other members of the WB’s UK Team – including Glenn Day and David Fuller – have spent time working at its offices in Sydney helping their staff to develop a presence for Domino’s products in this growing marketplace. A new, dedicated sales team has recently been put in place to support Williams in his mission.

“This is a tremendously exciting opportunity for me. The Group’s extensive market research over the past couple of years has identified real opportunities for Domino in Australia – particularly we feel for our platinum collections.

This is, as yet, a relatively undeveloped metal in the region and there is great potential. I am much looking forward to working with Peekays’ sales and management team and most particularly with our existing customer base around Australia to grow the Domino brand,” said Williams.

We have recently made a key appointment in Europe to develop our sales there and Ben’s move to Australia will provide a firm foundation for further growth in this still relatively young market for jewellery. The design-led nature of our products, our on-going NPD programme and the fact that Peekays holds many Domino items in stock for immediate delivery, is already proving popular with Australia retailers and we feel sure that under Ben’s guidance the brand will flourish further,” he said.