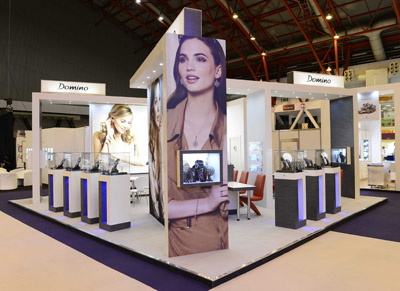 September 2013 was something of a record for WB The Creative Jewellery group in terms of stand space taken at the UK’s autumn trade events.

All three of its companies – Domino, Weston Beamor and Gecko – took space at this year’s International Jewellery London – with two sizeable stands for Domino and Gecko on the prestigious boulevard and a further large stand for Weston Beamor, just behind the Domino Stand.

The stands gave the group an impressive total floor space of 128sq metres, making it one of the largest, if not the largest, exhibitor in the show. Add into that further 25sq metres for at the Autumn Fair, NEC and you begin to get some idea of the Group’s sheer presence and growing importance within the UK market.

“Because many people only deal with one of our brands I think they are sometimes unaware of the scale of our company,” says Group MD Andrew Morton.

“Had we clustered all three companies together, we would have had a simply enormous presence at International Jewellery London. I’m pleased to say that both events were extremely successful for us and as someone once famously said ‘we will be back.”

WB The Creative Jewellery has already booked space at both IJL and Autumn Fair next year and with new stands planned for both Gecko and Domino they are looking forward to further increasing their presence at these events.