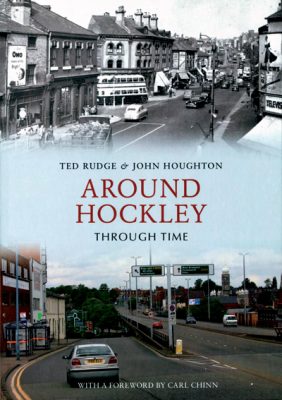 When Hockley was in the old Manor of Birmingham it was the largest district with clearly defined boundaries. Today the boundaries around this inner city district, part of the massive conurbation Birmingham became, are indistinct to many who lived or live within.

The world renowned Jewellery Quarter and St Pauls Church have long been established in Hockley and still provide a major contribution to the workforce and the district’s history.

This fascinating selection of more than 180 photographs traces some of the many ways in which Hockley has changed and developed over the last century.

The Joseph Lucas company once employed thousands of workers from several buildings located within Hockley as did W. Canning & Co. and the Birmingham Mint.

They, along with other industries have disappeared. Although Hockley is today a mix of the old and new her main through road has been elevated and the ageless Hockley Brook still flows through forming the Handsworth-Hockley boundary.’