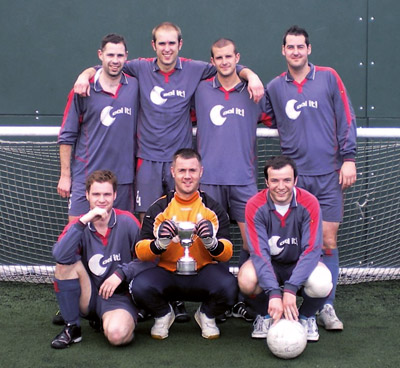 This year’s 5-A-Side football tournament was held on Saturday 12th July at Goals Soccer Centre, Perry Barr. 22 teams took part in this year’s event including Alpa (UK) Ltd who returned to the event as defending champions having won the silverware back in 2006.

The day’s weather started off rather ominous with showers forecast and dark clouds looming but after a short shower during the early matches the weather brightened up and remained fine and dry all day.

The tournament started with group stages. Matches were played across 4 pitches with a couple of warm up pitches available. The teams in each group played each other for points and the top 2 from each group went through to the Quarter Finals.

There was a lot at stake in the Final with both teams Original Oak and Shire Oak representing the same company, Hallmark Cards.

The Inter-Company match was a dramatic one with Original Oak winning 3-0. Original Oak have been playing in the tournament since 2004 and in the 2006 tournament narrowly missed out on the trophy in the final against Alpa (UK) Ltd.

This year they finally walked away with the winner’s trophy and their heads held high! The tournament, although primarily a member’s day, helps to raise money for the BJGF Benevolent Society and this year we made over £200 for the cause. 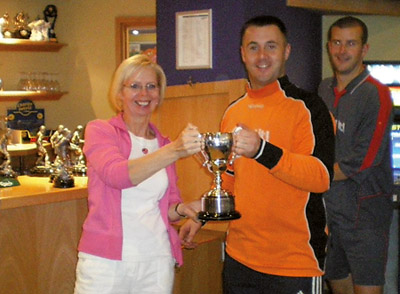 BJGF held a raffle during the event with a star prize of a Replica Vintage England Shirt signed by England Legends David Beckham, Sir Bobby Charlton, Bryan Robson, Kevin Keegan, Michael Owen, and Alan Shearer. Christina from Midland Chrome won this fantastic prize. Other prizes included a Virgin Experience Day, a Wembley Stadium Tour and a Crate of Beer with a Football.

The event’s new venue and format was a huge success among teams providing them with a professional and organized tournament.

We have had some great feedback from the teams: