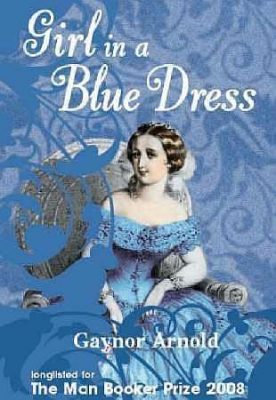 Tindal Street Press and its authors have had remarkable success in the Man Booker Prize in recent years – this is the third time they have reached the long list and Homer Creative have designed the covers of two of those books.

Brian Homer MD of Homer Creative says: “It’s fantastic that Gaynor Arnold has got on the Booker long list and we are also celebrating because Homer Creative’s Sue Race designed the very effective cover for the book.”

Sue Race, Design Manager at Homer Creative is an accomplished designer and illustrator and she worked closely with Tindal Street Press to create the evocative cover design.

Homer Creative has a long and fruitful relationship with Tindal Street Press and they wanted Sue Race, who illustrated and designed the cover for of Clare Morrall’s ‘Astonishing Splashes of Colour’ that reached the Man Booker short list in 2003, to design this one too.

Tindal Street Press have built an enviable reputation for unearthing new writing talent and this success contributes to the growing reputation of Birmingham as a centre for the creative industries.

Brian Homer says: “The high quality of the writing in Tindal Street’s books needs to be matched by good design and this latest success underlines the level of creative design and communication that is available here in Birmingham.”

The shortlist for the Man Booker Prize will be announced on 9th September 2008. Watch this space…