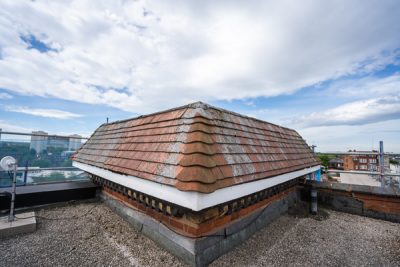 Work commenced on The Argent Centre in early 2020 but was temporarily paused due to the Covid 19 lockdown.

The works will see the reinstatement of the pyramid turrets that used to be positioned on two of the corners of the building. Other improvements include the repair of the brickwork, stonework and windows

The Argent Centre is the first building to be awarded a grant through the Jewellery Quarter Townscape Heritage (JQTH) project.

Built in 1862, the Argent Centre was originally a pen manufactory for W E Wiley. The building also housed Turkish Baths which utilised steam from the factory’s engine.

Now, the building is home to a plethora of independent businesses, including the world-renowned Pen Museum.

The museum, which opened in 2001, promotes and preserves the important legacy of Birmingham’s pen trade, which saw the city lead the world for the manufacturing of pens and pen nibs during the 1800s.

Situated on the corner of Frederick Street and Legge Lane, the building is notable for its ornate architectural style, acting as a gateway to the Jewellery Quarter’s industrial middle – a geographically defined area within which the JQTH project solely operates and aims to rejuvenate. 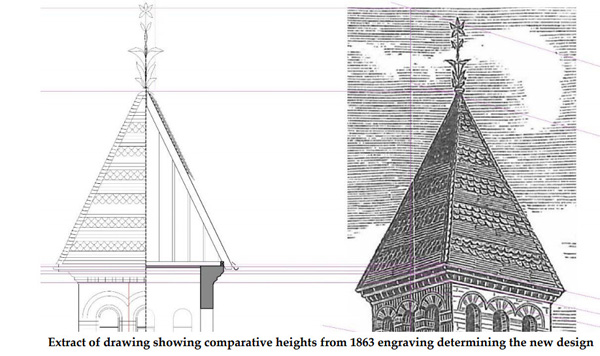