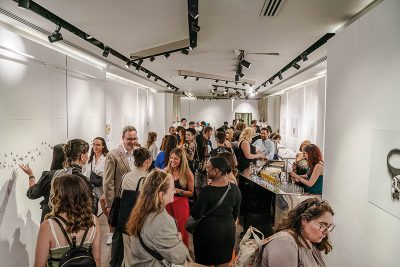 The British Academy of Jewellery is thrilled to announce the names of the students who won awards at the opening night of its Final Show 2022 in London. Hosted at cultural hub and exhibition space The Koppel Project on New Bond Street, this year’s Final Show featured jewellery produced by some of the most talented jewellery diploma students at BAJ’s London campus over the past year, and its opening night saw the distribution of a total of 11 prizes.

The Aird Award for Originality of Design was awarded to Claire Banks, who was offered studio experience at the esteemed jewellery brand. Chinese mining business and peridot specialist Fuli Gemstones, with which BAJ collaborated on a student project this year, presented Duke Birt with a peridot stone and the Fuli Gemstones Award for Creativity and Colour.

Winners of technical awards included Edward Haire, who won the Martin J Prinsloo Award for Technical Precision and took home a gemstone cut by Martin J Prinsloo himself as his prize, and Yesim Ilkucar, who won the Cooksongold Award for Technical Excellence and £1,000 in Cooksongold vouchers. Finlay Greenaway won the Gemvision Excellence in CAD Award and was given a six-month MatrixGold licence with support.
Three students were awarded the Bumblebee Prize for Commercial Creativity, judged by Alex Monroe and Emma Burgin. Antonia Speare-Cole won Gold, along with £500, Duke Birt won Silver and £300, and Chiara Cossu won Bronze and £200. BAJ collaborated with London-based jeweller Alex Monroe on a live project in 2021.

BAJ student Thea Taylor won the EC One Award for Statement Jewellery and will have the opportunity to showcase her jewellery at EC One. Zak Bouaguel was awarded the Maitland Woodall-Mason Award for Most Improved Student and a place on a jewellery making short course. Finally, Alexi Hunt was presented with the BAJ Rising Star Award, which was judged by BAJ graduate and GC&DC Award winner Clio Saskia and Aidan Bateman and had a prize of £150 in Walsh vouchers and a book on diamonds. 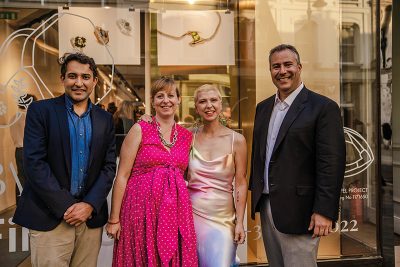 Attended by BAJ staff and students as well as key jewellery sector figures, the opening night of BAJ’s Final Show 2022 in London was an unparalleled opportunity to showcase the work of the Academy’s talented community to the industry. The exhibition was also open to the public from July 29 to 30, providing an opportunity to get inspired and see the high level of work students at BAJ produce.

“At BAJ we believe in celebrating our students’ achievements at every level of their education,” said BAJ Principal Sharjeel Nawaz. “Our students excelled at this opportunity to showcase their work to top professionals in the jewellery sector. I could not be more proud of the recognition which they received from the best of the industry.”

“I am so impressed with our learners this year and am incredibly proud to showcase the talent that the dedicated BAJ tutors and support teams have helped to nurture over the last year,” said BAJ Head of Academy Kate Rieppel. “It is a great privilege to observe up-and-coming craftspeople and designers and be able to usher them into the jewellery industry. It is also a delight to welcome more and more industry professionals each year to support our learners on their journeys. I can’t wait to see what next year brings!” 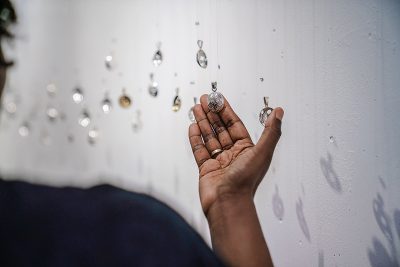 “It feels amazing,” said Zak Bouaguel on winning an award. “I really didn’t expect it. I was right up at the front, so when I heard “I don’t know how I’m going to pronounce this name” I got that little flash in my head thinking wow, it really could be me, and then I heard my name, and it was amazing!”

BAJ also held a Final Show 2022 exhibition at its Birmingham campus, located in the Birmingham Assay Office in the city’s Jewellery Quarter, on August 2. The event also featured several awards which gave students an opportunity to forge links with the city’s vibrant jewellery industry. The exhibition was open to the public 3rd to the 9th of August.