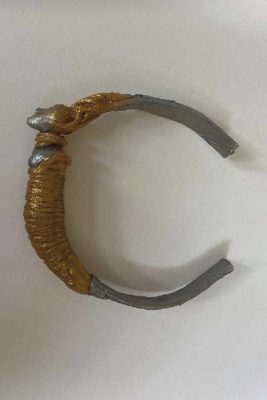 The British Academy of Jewellery is delighted to announce the winners of its design competition in collaboration with top London-based jewellery brand Alighieri. The competition’s brief challenged students at BAJ to design jewellery pieces inspired by the opening lines of Dante Alighieri’s epic poem,

The Divine Comedy:
‘In the middle of the journey of life,
I found myself in a dark wood,
Where the right path was unknown’.

“Ultimately, the quality of submissions was so high that it was impossible to choose just one design”, Alighieri said, “Four students have therefore been selected as the competition’s winners: They are: Dorottya Feher, Emma Withington, Linnea Thuning and Petra Otenšlégrová.”

With judging being carried out by a panel led by Alighieri’s founder Rosh Mahtani, students on the Jewellery Design and Manufacturing course at BAJ were encouraged to interpret the brief as creatively as possible.

Designs could reflect the difficult and surreal political, health and environmental challenges currently facing the world, or another more personal experience that students have had in their lives, such as an important turning point or an opportunity for rebirth.

Submissions dialogued with a wide range of inspirations and issues.

A ring composed of a female figure constricted by tendrils, Feher’s winning design addresses the growing issue of respiratory illnesses, while Withington’s necklace, which features two hands reaching out for each other across a white pearl, evokes themes of guidance and mutual support.

Thuning took her inspiration from nature and the circle of life to create her gold and pearl earrings, while Otenšlégrová’s design channels the dual themes of hope and despair into a double-sided pendant featuring a mirror, twisted branches, and skulls.

“It was really, really difficult to pick one winner,” said Mahtani. “I loved that the students really understood what Dante was trying to say about finding light and how you have to go through the darkness in order to find the light. The way they all translated that so uniquely into their pieces is quite amazing.” 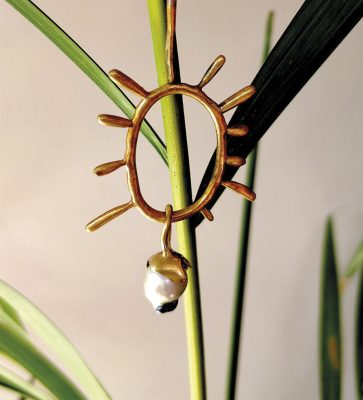 “This competition was a wonderful opportunity for our students to explore their creativity and put the skills that they have learnt to good use,” added Kate Rieppel, Head of Academy at the British Academy of Jewellery. “What’s more, Alighieri, a highly successful and unique British brand, is a great example of what they might achieve in the future.”

The collaboration with Alighieri was created as one of BAJ’s opportunities for students on the Jewellery Design and Manufacturing Diploma to participate on projects with real-life creative briefs set by leading industry figures.

Since launching in 2014, Alighieri has become a runaway global success. Created in London’s iconic Hatton Garden, the company’s products are now sold around the world through more than 60 stores, including the likes of Liberty, Selfridges, and Net-a-Porter.

Each piece in Alighieri’s collection corresponds to one of the 100 cantos of Dante’s Divine Comedy, where the poet comes face to face with mythical creatures, scraggy landscapes, and terrifying demons as he travels through Hell, Purgatory and Paradise. 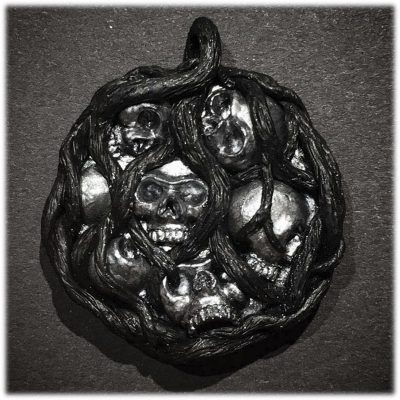 In recognition of her work at the brand, Mahtani received the Queen Elizabeth II Award for British Design in February 2020, accepting the prize from Princess Anne at a ceremony hosted on the last day of London Fashion Week.

Before starting Alighieri, Mahtani studied French and Italian literature at Oxford University, where her fascination with the Divine Comedy began. The idea of launching a jewellery brand came to her following a one-day wax-carving course, which sparked the desire to give physical form to Dante’s timeless verses.