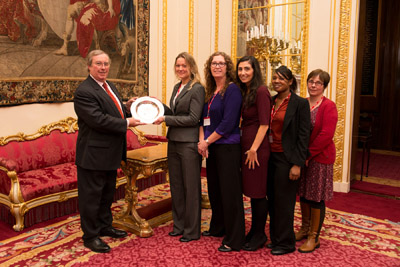 The British Hallmarking Council (BHC) is calling for entries to its 2016 Touchstone Award, underlining the importance of education and enforcement in hallmarking in the UK’s jewellery and precious metals industries.

Awarded every year since its launch in 2012, the Touchstone Award is funded by the UK’s four Assay Offices – the Goldsmiths’ Company in London, Assay Office Birmingham, Sheffield Assay Office and Edinburgh Assay Office.

The Touchstone Award was established to encourage the enforcement of hallmarking and to reward the best enforcement or educational initiative relating to hallmarking. Applications for this year’s award close on April 29th.

The BHC regards the Touchstone Award as an important initiative for Trading Standards teams to uphold and promote standards relating to hallmarking. Entrants are encouraged to put forward their latest projects or investigations.

Outcomes from previous years’ entries have illustrated what an important exercise hallmarking initiatives can be. More recently, several cases have come to light that indicate how hallmarking enforcement may uncover trading or activities that fund much more sinister crimes. 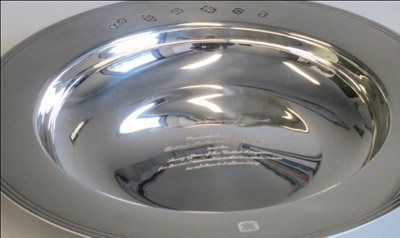 Winners for 2015 were Manchester Trading Standards. Their prize included a year’s claim to the Award itself and the bonus of a tour of the Goldsmiths’ Assay Office in London and lunch in the historical surroundings of Goldsmiths’ Hall in the company of members of the BHC and the Worshipful Company of Goldsmiths.

Speaking of entries to this year’s awards, BHC Chairman Christopher Jewitt said: “We are delighted to see the Touchstone Award go from strength to strength.

It is crucial to the health of our buoyant jewellery and precious metal industry to provide a level playing field for both consumers and the trade. Some recent hallmarking investigations have also revealed a much wider underlying network of serious crime.

The British Hallmarking Council is committed to working with the Chartered Institute of Trading Standards and other authorities to enforce our legislation.”

To support this year’s awards, Assay Office Birmingham AnchorCert Academy director Marion Wilson has penned an article to highlight the importance of Touchstone for TS Today, a monthly online magazine for Members of the Chartered Trading Standards Institute.

Among the examples given and their links to serious crime and fraud, Wilson notes: “In the frenzy of concern over life threatening issues such as counterfeit vodka and cigarettes, unsafe toys and brutal loan sharks it is easy to push hallmarking down the list of priorities for enforcement particularly when resources are so stretched. However, entries to the British Hallmarking Council’s Touchstone Award over the past two years indicate how very important this 700-year-old legislation is in protecting both the trade and the consumer.”