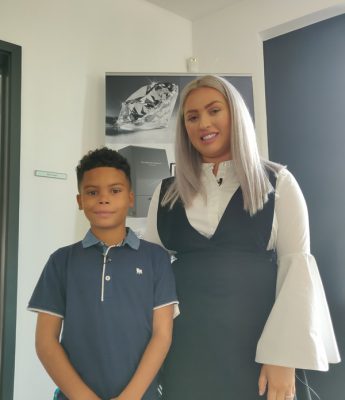 Birmingham Assay Office were recently approached by LOUD (Live Out Your Dreams) to produce a short film introducing primary school children to the world of work.

The film, produced by Independent films, features 9-year-old Henry from Birmingham. Henry, a massive fan of gems and science, interviewed young professional, Elizabeth Passey, a Gemmologist at AnchorCert Gem Lab, based and part of the Birmingham Assay Office.

Nicci Holliday, Producer at Independent films, said: “Currently there is no requirement for primary schools to offer career-related learning, but the government have acknowledged this and have found the funding to help to bridge this gap,” She continued, “The films feature children aged 8-11 interviewing young professionals about their careers, asking questions about their everyday work.”

The films, accompanied with a lesson plan encouraging wider conversations in the classroom, will be rolled out to 4,000 primary school children in the pilot year, with the ambition to roll it out nationwide.

Doug Henry, CEO and Assay Master, said: “Children need to explore their future career possibilities at a young age, and that’s why we wanted to get involved in this project.

We felt the project would inspire, raise aspirations, and awareness of job opportunities within the jewellery industry in an engaging and fun way.”