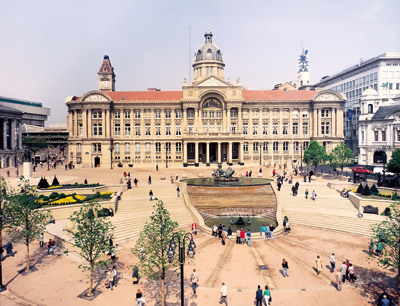 The 121st Annual General Meeting (AGM) of the British Jewellery and Giftware Federation will return to its Birmingham roots, when it opens for business on 8 June 2007 at the historic Grade II listed Council House in the heart of the city.

The timely return to Birmingham will be reinforced by the appearance of guest speaker Birmingham born and raised playwright and comedian Malcolm Stent.

Following the AGM, the enormously entertaining and witty Malcolm Stent will step up to the microphone. Malcolm is a passionate believer in ‘roots’ and draws his views, opinions and humour from his early life in ‘back street Birmingham’.

This accomplished after dinner speaker, TV presenter (‘A Car is Born’ and ‘Funnybone’) and playwright, enjoyed critical acclaim with his stage musical ‘Go and Play up Your Own End’ in 2005 with its all star cast, including Birmingham born comedian Jasper Carrot. This was followed by an equally successful sequel ‘Go and Play Further Up Your Own End’ and ‘A League Apart’ staged at the Alexandra Theatre in Birmingham.