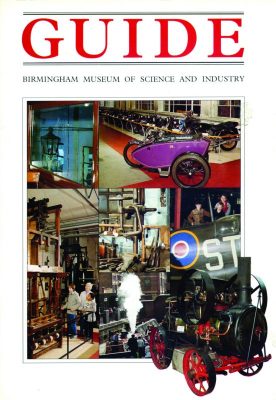 Four projects are being put forward by the city council for funding consideration should the Birmingham 2022 Commonwealth Games be delivered under budget.

A report to the council’s Cabinet on June 28 outlines details of the proposals, which would be formally put to Department for Digital, Culture, Media & Sport (DCMS) should underspends materialise.
The four proposals cover funding for grassroots sport and cultural organisations, the creation of a new museum for science and industry, a long-term study tracking the impact of the Games on local people and financial support for a bid to host the European Athletics Championships in 2026.

The creation of a new museum for science and industry is of interest to The Jewellery Quarter, if it is to replace the one we lost all those years ago

This would include a STEM (Science, Technology, Engineering, and Mathematics)-themed programme of cultural activity across the city’s neighbourhoods, and the development of an international flagship museum of science and industry in Birmingham’s city centre.

Any new museum building would be a part of a mixed-use neighbourhood and create new open spaces and cultural opportunities with activities taking place in different neighbourhoods across the city.
The project would work with partners and neighbourhoods to co-create a new museum model that reflects the diversity of Birmingham and its heritage. It would convert increased engagement and understanding of the city’s scientific and industrial heritage into future-facing skills development

The proposal being developed is for £300,000 to continue the feasibility work on a new museum and also to run four neighbourhood projects focused on community engagement in cultural activities.
Should a new museum operation be realised it is anticipated that it could attract one million visitors, contributing £30m to the city and region via tourism and fundamentally increasing engagement in STEM via social history.