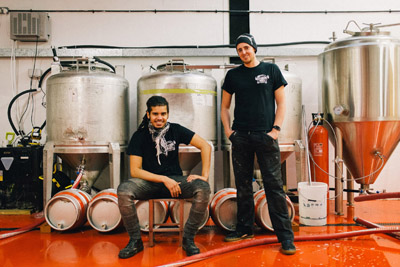 “The name comes from us having the burning passion to open our own brewery and try to make the best beers we can (it’s been something we’ve wanted to do for the past five years). The company in its entirely consist of us two incredibly enthusiastic guys (Chris Small and Richard Murphy).

For us Burning Soul has been a long time coming as we actually brought some of our brewing vessels four years ago and stored in Richard nan’s garage, whilst we prepped and plucked up the courage to finally go for it.

We found our premises, quit our jobs and moved in July and started the hard work on transforming our empty industrial unit into the vision we had of our brewery. 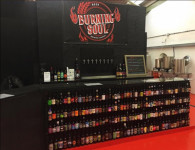 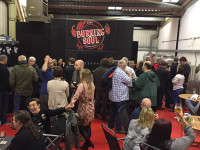 We’re not a brewery who want to tie ourselves down to just a few core beers, we’re both avid home brewers so we love to come up with new and exciting recipes.

We opened the taproom on the 1st October and it’s proving to be the most exciting part for us as it’s the place where we can try out our latest experimental batches to see first-hand the reaction the public have to the beer.

So far, the reaction has been really positive, feels like people have really enjoyed the beers and we’ve been surprised how many people are willing to try the beers that are a bit more ‘out there’. 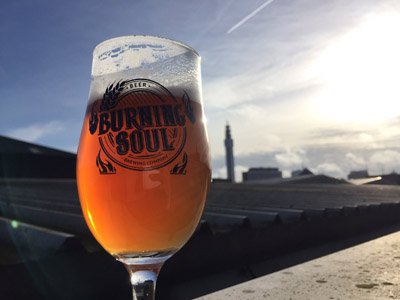 Right now, our most popular beers are: