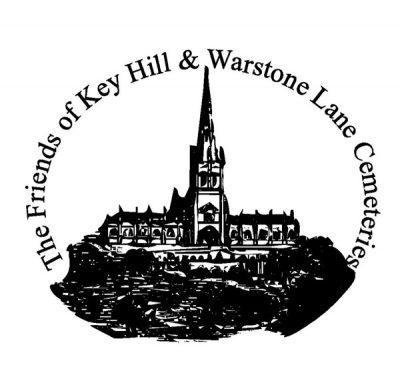 We are currently waiting for others to be restored.

Colin, Margaret & Richard give a huge amount of their time in the cemeteries. Helen Tubb also attends the clean-up days and History fairs in charge of sales. 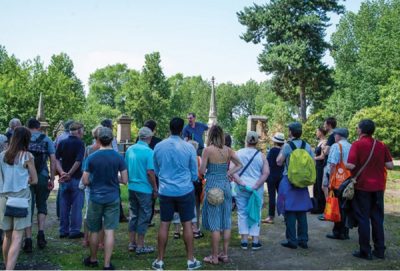 Furthermore, we are receiving excellent feedback regarding Richard’s Sunday tours – Private Tours can be arranged.

The Friends have a new logo this was designed by Christine Welch who is also a member of the Friends. This design has been printed on to the Friends cotton bags that sell at £4.50 plus p&p. These bags have long handles and are ideal for popping in a handbag or car glove compartment.
Also, for sale are a limited edition of miniature bears wearing a Friends of Key Hill & Warstone Lane Cemetery sash £4.00 plus p&p

Barbara Johnson 1935-2018
An event that deserves coverage is the unveiling of the late Barbara Johnson plaque on the Tree of Life Memorial in Edgbaston Street, near St Martins church in the Bull Ring on Thursday 30 May 2019.

Barbara dedicated her life to the memory of the 2.241 known civilians who died in Birmingham during WW2. Having lost her own grandparents Harry & Louisa Gregory during the Blitz the couple were buried in Key Hill Cemetery Section L, plot 205. In later years, our volunteer Colin Giles looked after the family grave for Barbara. 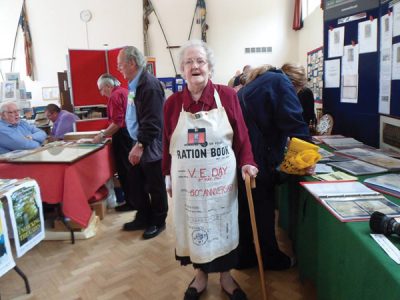 Birmingham had a secret D-Notice in place during WW2 this was due to Birmingham being the capital of Industry and the city did not wish for the enemy to know of the loss of life and destruction of factories, and homes.

It was due to this secret D-Notice that was not lifted until some 30 years later, that Birmingham never honoured its civilian war dead. Barbara along with BARRA campaigned for a fitting memorial to be erected in memory of those who lost their lives, this was achieved in 2005 with the Tree of Life memorial designed by Lorenzo Quinn (son of Anthony) with funding from the Green Family and the Halcyon Gallery It was suggested that BARRA educated Birmingham’s School Children about the Blitz during WW2.

Due Birmingham’s secret D-Notice the city has been left out of the history books, and TV programmes, yet it was more heavily bombed than Coventry. Barbara and other members of BARRA often volunteer their time and gave talks to local schools about Birmingham during the war.

On a personal note it was a privilege to work alongside Barbara in schools and at history fairs. Barbara will not be forgotten, and we will carry on her good work. http://www.birminghamairraids.co.uk/

Dates for your Diary:
Sunday Tours for 2019
13 October
10 November
Non in December

The Friends are the only group to maintain the two Jewellery Quarter Cemeteries and funds raised from membership, guided tours, sales, and donations pay for the restoration of the gravestones.