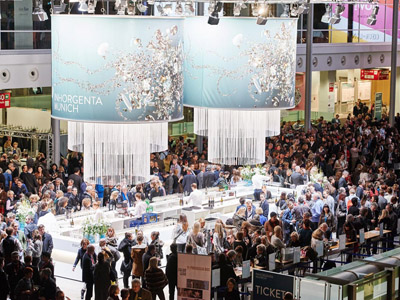 This year, a new trade show concept has lastingly strengthened Inhorgenta Munich in its position as one of the world’s leading trade shows of the watch and jewellery sector. Exhibitors and visitors agreed that above the stylishly designed ‘Timepieces’ Hall A1, ‘Fine Jewellery’” Hall B1 and ‘Contemporary Design & Vision’ Halls C2 have reached their objectives.

The visitors’ satisfaction is also reflected in the results of the survey conducted by Gelszus Messe-Marktforschung, 92 percent of those surveyed gave excellent, very good or good ratings to the trade show’s new concept.Above all the consistent focus on the individual segments.

“We are extremely satisfied with the course of Inhorgenta Munich 2016, states Klaus Dittrich, Chairman and CEO of Messe München.

Over the past months, we have invested a lot of commitment and creativity in the preparation of Inhorgenta Munich and intensely co-operated with exhibitors, visitors and partners. 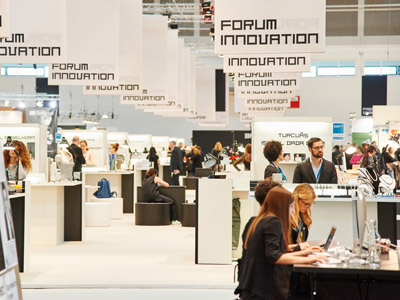 This constructive exchange has been fruitful. The new hall concepts, forums and accompanying events have convinced exhibitors and visitors alike.

The mood at the trade show has been very positive, which shows us that we are on the right track. We are working on its further development for the next event even at his early stage.”

940 exhibitors from 33 countries took part in this year’s Inhorgenta Munich, among whom many new exhibitors and exhibitors who have come back to the trade show after a period of absence.

The 43rd Inhorgenta Munich started with an avant-garde event into the first trade show day. Hall B1 was an ideal stage for a jewellery and fashion show. Fine jewellery and watches were presented to Europe’s most important jewellers.

26,000 trade visitors from 75 countries came to the trade show to inform themselves about new products, trends and developments of the industry.

The largest visitor groups (in this order) came from Germany, Austria, Italy, Switzerland, the Netherlands, Spain and Great Britain. Russia, China and Israel, among others, were represented. The number of decision-makers on the visitors’ side has clearly increased.

At the Web Campus, international experts gave trade visitors an introduction into the topics of e-commerce, multi-channel marketing as well as social media, and shed light on their significance for future successful competitiveness.

The last day of the trade show offered a tailor-made programme for young talents and professionals, which received an enthusiastic response from pupils and students. On the first Inhorgenta Career Day, companies, associations and further training centres provided information on the possibilities of entering a career or of setting up one’s own business. Moreover, they reported on further training opportunities and financing options.