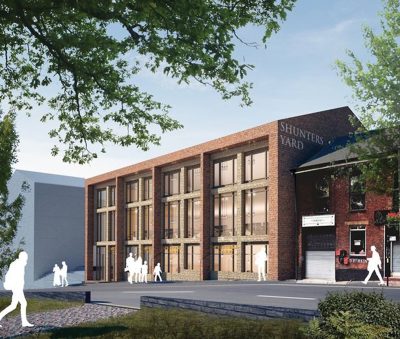 Cordia Blackswan has officially handed over its Hockley Mills site to L&G and SRM following a decision to focus on other more strategically aligned projects. The Birmingham-based property developer handled the Hockley Mills site from its inception, and successfully guided the project through the planning and funding process.

Hockley Mills is set to house 395 new BTR apartments, as well as 28,000 sq. ft of commercial space for leisure and offices across four acres and eight buildings. The site was designed with the local heritage and architecture of the surrounding area in mind.

The £100m investment from L&G means that the project now has the capacity to proceed to the building phase to create a new living space in the heart of Birmingham’s Jewellery Quarter.

Marcus Hawley, managing director of Cordia Blackswan stated, “It’s been a great achievement to get the Hockley Mills project through the tough planning stages, and finding funding for the project. As part of our ongoing vision, and in alignment with our partnership with Cordia, we will now be focusing on other projects within Birmingham and the Jewellery Quarter.

“We are now streamlining our focus to our other sites, such as the Gothic and negotiating the acquisition of several new sites across the city.”

Cordia Blackswan was recently acquired by Hungarian-based property developer Cordia in what is their first venture into the UK market. Cordia Blackswan has now fast-tracked the growth of both their team, as well as expanding the project pipeline worth £600 million.