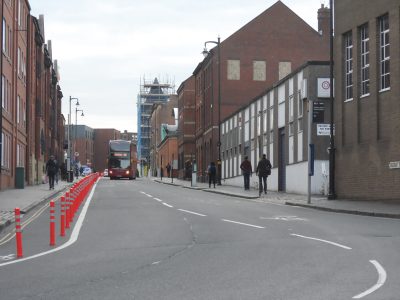 Birmingham City Council has invited local cyclists to try out some of the new ‘pop-up cycle lanes’, delivered as part of the first tranche of the Government’s Emergency Active Travel Fund allocation.

The schemes are part of a package of active travel measures developed with Transport for West Midlands (TfWM) through the council’s Emergency Transport Plan; which sets out Birmingham’s emergency transport response to Covid-19 and ways to keep the city moving in a safe, low-carbon way.

The new pop-up cycle lanes will help connect with existing cycle infrastructure, to key employment sites and other major destinations, including the city centre. They form a critical part of Birmingham’s emergency response, allowing people to move around the city in a socially distanced way and avoiding further impact on the environment.

Members of the Birmingham Cycle Revolution cycling stakeholders’ group were invited in groups of up to six to review the new routes, which include: 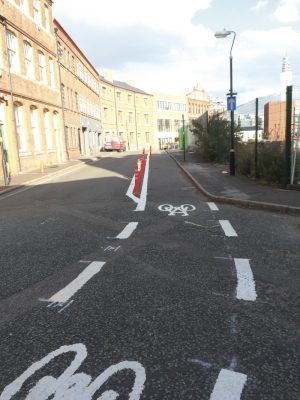 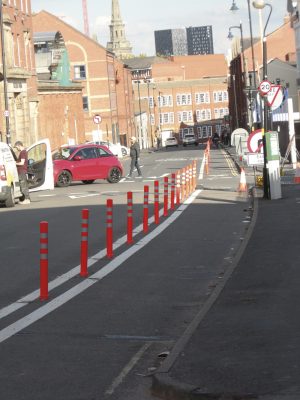 Cllr Waseem Zaffar MBE, Cabinet Member for Transport and Environment at Birmingham City Council, said: “Covid-19 has had such a negative impact on Birmingham, and it is vital that we respond to it with solutions.

Our city already has dangerous levels of air pollution, we cannot allow to the pandemic to make this problem even worse.

That is why we must implement changes now to make cycling a viable and safe option for everyone. We have delivered these cycle lanes in an incredibly short timescale.

I urge the people of Birmingham to find ways to use them instead of private cars – particularly for those shorter journeys.

Cycling is not just a fantastic way to keep fit, it is an ideal mode of transport to maintain social distancing and reduce your carbon footprint. In Birmingham, over a quarter of all car journeys taken every weekday are under one mile long. If people walked or cycled these journeys instead – even for just a couple of days a week – we would see a significant difference in terms of air pollution and congestion.”

The schemes, delivered through the Emergency Active Travel Fund, are temporary, trial measures. Feedback will help modify the schemes where necessary and also inform design of future schemes.

Local communities are also being asked for their views – comments can be posted on the Commonplace website.
https://covidmeasuresbirmingham.commonplace.is/schemes/proposals/city-hospital-via-jewellery-quarter-pop-up-cycle-lane/details

It is hoped to enhance the schemes further, using tranche 2 funding, which is expected to be announced soon.