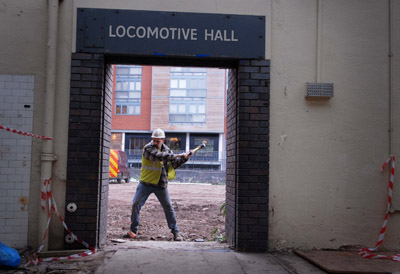 The £140,000 contract, which will be completed by the end of January, includes demolition of the rear of 144 Newhall Street, and a two storey building adjacent to 144. The Grade 2 listed façade which fronts Newhall Square will be retained. 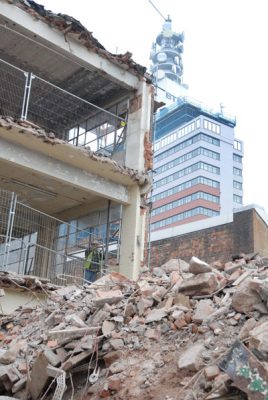 The 2.34 acre Newhall Square site which fronts Newhall Street, Charlotte Street and the Birmingham and Fazeley Canal, was originally the Elkington Plating Works before being converted to the Science Museum in 1951.

The site has lain derelict since 1997 when the Science Museum closed before moving to Millennium Point in 2001.

Newhall Square will include 235 new build studio, one and two bedroom apartments, the majority with canal or courtyard views and secure underground parking, together with shops, cafes, bars, offices and galleries all built around a new public square. A 100 room Travelodge hotel is also planned for the scheme.

The first release of apartments is expected in autumn 2008 and will be ready for occupation in 2009. Prices will start at around £100,000. 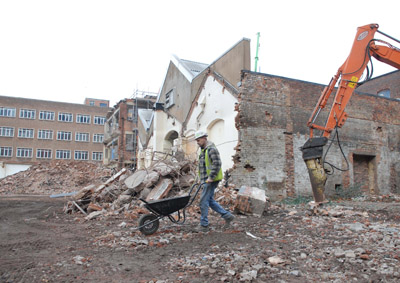