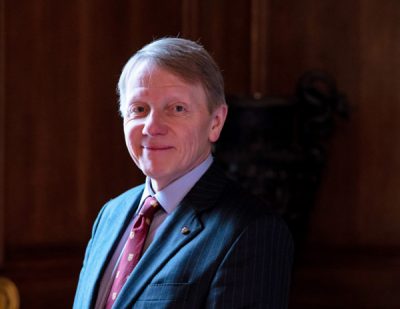 Timothy Schroder was born in 1953 and educated in Oxford, where he attended St Edward’s School and Christ Church at Oxford University. At Christ Church he read philosophy and theology, before going on to specialise in the decorative arts, completing a Diploma at the Study Centre for the History of Fine and Decorative Arts, in London, which was run by the formidable Erica O’ Donnell.

Such an education formed the foundation of his successful career in gold and silver. Dr Schroder is an internationally renowned scholar in the field of Renaissance and early modern silver and has published extensively on the subject.

After university Dr Schroder joined Christie’s in 1976, initially working under the legendary Arthur Grimwade. In 1984, he became Curator of Decorative Arts at the Los Angeles County Museum of Art (LACMA).

Later he served as the first Curator of the Gilbert collection at Somerset House and then as Consultant Curator at the Victoria and Albert Museum.
Dr Schroder is also a Fellow of the Society of Antiquaries, a trustee of the Wallace Collection and a member of the Fabric Commission of Westminster Abbey.

In the last year the Goldsmiths’ Company and its Charity made grants of around £4m a year which went towards supporting its craft, allied trades and industry; funding a range of educational projects; and helping charities working in the areas of youth, criminal justice, and an ageing population.