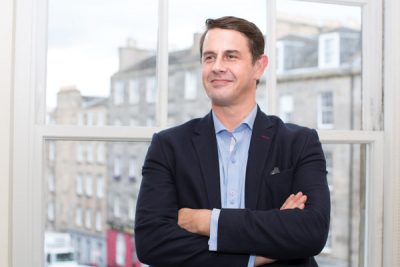 Scott Walter, who is the Chief Executive and Master of the Edinburgh Assay Office will take up the role of Chairman of the Convention on the Control & Marking of Articles of Precious Metals (CCMAPM) at the end of November.

Mr Walter held previous roles within the Convention sitting on the Standing Technical committee and the Vision and Strategy Working group. Mr Walter has recently completed a five-year term as chairman of the International Association of Assay Offices, which culminated in its merger with the CCMAPM.

The Edinburgh Assay Office has been testing and hallmarking precious metals since 1457 and is the trading arm of the Incorporation of Goldsmiths of the City of Edinburgh, which was granted its royal charter in 1687.

The CCMAPM – also known as the ‘Precious Metals Convention’, the ‘Hallmarking Convention’ or the ‘Vienna Convention’ was created in 1972. The convention created the ‘Common Control Mark’ (CCM), which prescribed technical rules on testing and marking, and which is recognised by all the signatory countries to the convention, meaning they will accept the articles directly onto their markets.

Mr Walter said: “The hallmarking convention was a bold and ambitious project when it was founded in the 1970s and I am delighted to be taking up the role of chairman. Since its inception, the hallmarking convention has continued to provide certainty for manufacturers and retailers ever since by giving them the confidence and stability that is essential when trading across different countries.” He continued:

“As we face the unknowns of a post-Brexit regulatory framework, the convention provides both continuity and certainty for both importers and exporters. “As an industry, we are fortunate to have an established trade treaty in place and its importance, in that respect, cannot be understated.”
The UK joined Austria, Finland, Norway, Portugal, Sweden, and Switzerland as the original seven signatories to the convention. Croatia, Cyprus, the Czech Republic, Hungary, Ireland, Israel, Latvia, Lithuania, the Netherlands, Poland, the Slovak Republic, and Slovenia have since joined the framework, taking the total number of signatories to 20. Italy and Serbia are currently in the process of ratifying the treaty.