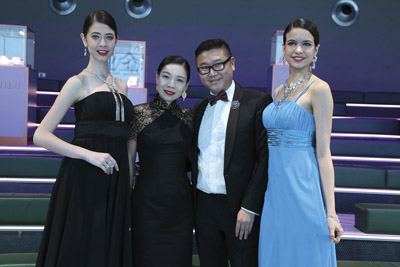 Heavily inspired by the natural beauty of flowers with dramatic contrast in size, made by using the traditional Chinese filigree technique, Fei features the show stopping cascading platinum neck piece wrought in filigree and adorned with gemstones. 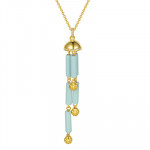 Using ground breaking modern techniques to bring the long established style of filigree into the modern age, Fei Liu is at the forefront of shaping what is to come in the jewellery world and effortlessly captures the essence of the modern woman’s independence, fashion, elegance and character.

His new Design collection also includes the outstanding neck pieces and earrings made from the new ceramic with pure yellow gold exuding opulence and glamour.

The full Design collection will be distributed in the Chinese market. This is the first time that Fei has highlighted his heritage to give the Chinese traditional filigree jewellery a modern look.