Home » Entertainment » Festival of Jazz at the Jam House 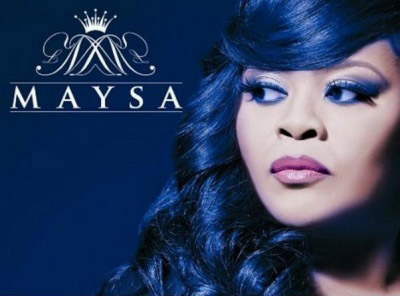 The Jam House in St Pauls Square is hosting three consecutive nights of live music as part of the 30th International Jazz & Blues Festival, and starting on 22nd July on a rare European tour, Baltimore-born Maysa is pleased to be in Birmingham for the Festival.

Maysa first appeared in the UK in the early ‘Nineties as the lead singer of the Jazz-funk band Incognito (“Don’t you Worry ’bout a Thing”) appearing on over nine Incognito recordings in her time with them. Releasing her own self-titled debut album in 1995, Maysa has recorded ten more solo albums since. Three of these, ‘Metamorphosis'(2008), ‘A Woman in Love’ (2010), and ‘Motions in Love ‘(2011), have reached No 1 in the Billboard ‘Contemporary Jazz’ Charts.

Having collaborated with everyone from Stevie Wonder and Chaka Khan to Angela Bofill, Maysa is the kind of singer who takes a song and delivers the lyrics, phrases, melodies, and harmonies in her instantly identifiable honey-toned mezzo-soprano. www.maysa.com

On the 23rd July Brothers Groove are winning the hearts and minds of the UK blues scene with their characterful groove, superior tones, seriously catchy songs and genuine Brummie friendliness and the word is spreading fast.

Their debut album ‘Play The Game’ (released January 2014), is an expert exploration of all things blues and groove, each song crafted to make your head nod, your body shake and your lips whistle the tune. The twin guitars of Shaun Hill and Nigel Mellor beautifully working together and never in competition, to forge crafty, hook-laden rhythms with deep sonic landscapes. Add into this the Norman Watt-Roy informed bass of Deano Bass, and you have a wonderful blues alchemy at play. 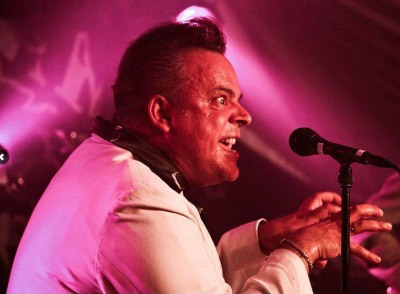 The name Brothers Groove could not be better fitting for Shaun Hill (vocals & guitar), Nigel Mellor (Guitar) and Deano Bass (Bass Guitar) as these three instrumentalists who first and foremost, have a brother-like friendship and camaraderie, along with fantastic musicianship on each part that paves the way for an exciting and fruitful musical future. In support launching their new album, The Tom Walker Trio – Three young local musicians are an exciting outfit performing blues rock & funk music. The band is made up of Tom Walker on guitar and lead vocals, Jake Clarke on bass guitar and James Burgess on drums.

Then on 24th July British singer, piano player and guitarist, Mike Sanchez is one of the most exciting and charismatic performers of Rhythm & Blues and Rock ‘n’ Roll in the world today.

Notoriety first came to Mike with the Big Town Playboys, the band he formed in the ‘eighties with Andy Silvester & Andy Fairweather-Low, touring with the likes of Eric Clapton and a complete roll call of the rockabilly & blues greats.
Mike then became a full-time member of Bill Wyman’s Rhythm Kings, fronting the band alongside Georgie Fame, Beverly Skeete, Albert Lee, Andy Fairweather-Low and Eddie Floyd on their annual world tours.