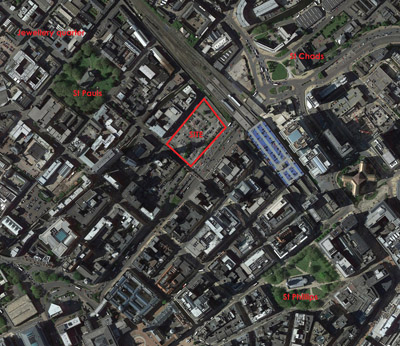 An aerial image of the site

The developers behind Birmingham’s Great Charles Square scheme have secured funding for a 350-apartment private rental sector (‘PRS’) scheme at the site.

The two-acre Great Charles Street site is owned by Birmingham City Council and is currently a surface pay-and-display car park.

Adjacent to Snow Hill Station, the site, which fronts Great Charles Street (A38) and is bounded by Ludgate Hill, Lionel Street, and Livery Street, is within the Jewellery Quarter Conservation Area. It featured heavily in the Snow Hill Masterplan, launched earlier this year, as the key site linking the Jewellery Quarter with the central business district. 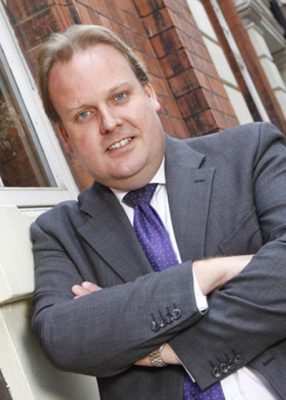 Plans for the mixed-use development include 350 one-bed, two-bed, and studio apartments. In addition to funding the scheme, Long Harbour will operate and manage the homes for rent.

A detailed planning application for the apartments, plus 100 residents’ parking spaces, 20,000 sq ft of retail/leisure space on the ground floor of the apartment block, and a public square, will be lodged with the council in the Autumn.

At the same time, the development team will seek outline planning permission for the scheme’s commercial component, an office development of 250,000 sq ft, small business units, and 40 parking spaces. It is anticipated that this will be funded separately.

Sterling Property Ventures entered into a joint venture agreement to develop the site with Birmingham City Council in June 2013.

James Howarth, managing director of Sterling Property Ventures, said: “This scheme has been two years in gestation. There are still a lot of details to resolve, but getting funders on board is a significant milestone and means that as soon as we have planning permission we can move off the drawing board and on to site. As both funder and operator, we couldn’t have found a better partner than Long Harbour. We are delighted to be working with them to deliver Birmingham’s first institutionally backed PRS scheme.”

With buoyant job growth, exciting regeneration prospects and significant demand for PRS stock, Birmingham has been identified by Long Harbour as a target area for develop to let opportunities. The opportunity to partner with Sterling and Birmingham City Council makes Great Charles Square an exciting first investment in Birmingham for our fund.

“We want to create a quality destination where people want to live. Long Harbour is looking forward to working with Sterling and Birmingham City Council, and is confident that once completed, Great Charles Square will be a key part of our portfolio of providing aspirational, quality homes for individuals and families in the city.”

Knight Frank advised Sterling Property Ventures on funding and have been retained to advise on both the residential and commercial schemes going forward. Mark Evans, a partner and head of the firm’s residential team in Birmingham, said:

“Although the PRS market is in its infancy there are a number of schemes in the city with consents for development. However, Great Charles Square is the first to secure funding, which means we shall finally see some action to follow all the talk.”

It is anticipated that work on Great Charles Square will begin in January 2016, with the apartments available to rent from early 2018.

Outline planning permission will be sought for the office phase in September 2015.