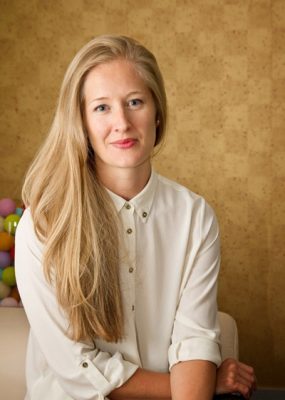 Naomi Newton-Sherlock, who was promoted to the post of Creative Director at Domino in 2013, has recently also been made a director of the brand’s sister company Weston Beamor. Newton-Sherlock, who returned to work in January, after six months’ maternity leave, takes up the post with immediate effect.

Weston Beamor is the most long-established of the three companies within WB The Creative Jewellery Group having been set up just after the 2nd World War.

It offers a regular, daily, casting service across a range of precious and non-precious alloys and also provides a full range of manufacturing services to the jewellery industry, including 3D printing and high-resolution scanning as well as providing traditional craft skills such as finishing, setting, and mounting.

Newton-Sherlock’s task will be to work with the existing WB team to grow further the company’s business especially in terms of its bespoke manufacturing services.

“Bespoke manufacturing is definitely a significant growth area for jewellery retailers and WB is ideally placed to provide the skills they need to be able to offer their customers the high levels of personalisation the market is starting to demand.

WB was an extremely early adopter of Computer Aided Design and Manufacture and has invested heavily in the very latest technologies. It also employs a highly-skilled team of technicians who can help designer-makers and retailers alike to bring their design concepts to reality. My job is going to be to spread the word about its very considerable capabilities,” says Newton-Sherlock.

Welcoming Newton-Sherlock to her new role, Group Managing Director Andrew Morton said: “I am absolutely delighted that Naomi has agreed to take on this role and have no doubt at all that her considerable skill in the field of New Product Development will be well employed in further honing and promoting the services provided by Weston Beamor. WB has a tremendous amount to offer the UK’s retailers and designers and Naomi is ideally placed to raise its profile further.”