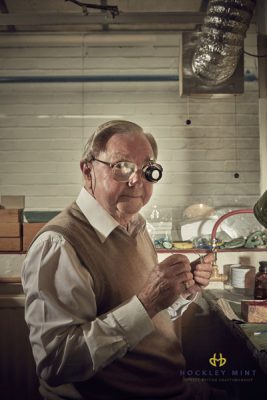 British jewellery manufacturer Hockley Mint announces the launch of its ‘Inside Hockley Mint’ series – a digital project designed to introduce the business’ full service offering and the team behind its high-quality British manufactured jewellery.

The innovative project takes retailers and customers through the doors at Hockley Mint’s Birmingham premises, showcasing its expertise and workmanship with a photographic series of staff in their working environment.

Capturing the personalities of Hockley Mint’s dedicated team was a key part of this project, explains Marketing Manager, Sam Stevens:

“The depth and skill of the work our team undertake on a daily basis is, in itself, really fascinating, but our team members have equally interesting stories.

With this in mind we spoke to each person about themselves and their experiences in the trade, as well as their role.” 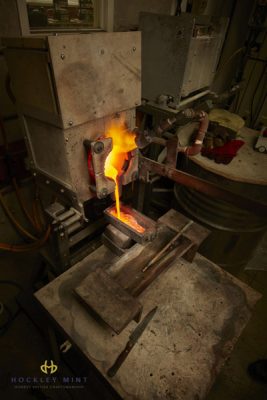 The images were captured by renowned British photographer Coneyl Jay, and cover the breadth of Hockley Mint’s operations, from its Casting floor to CAD studio and beyond.

Opening the doors to manufacturing – a part of the trade that often remains anonymous – ‘Inside Hockley Mint’ is a unique glimpse behind-the-scenes and into the roles and skills of more than 20 members of Hockley Mint’s team.

Hockley Mint managing director Gary Wroe added: “Hockley Mint has more than 100 staff on site each day, from eager apprentices to the likes of Derek, who has been part of our team for more than 60 years.

Delving into their individual stories and creating this honest and innovative campaign, we are celebrating Hockley Mint’s people, its heritage and its future, using our new website and digital platforms to showcase the project.

Inside Hockley Mint has been a great project and we hope the industry enjoys getting to know us all a little better.”

The ‘Inside Hockley Mint’ series launches at www.Facebook.com/HockleyMint and will be available to view on the website: