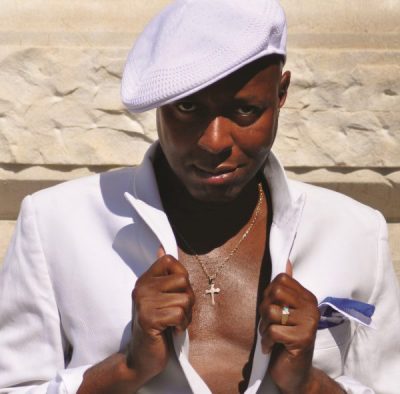 Leee John, the driving force of the band Imagination, will be playing Birmingham’s Jam House on Thursday 6th June 2019, as part of this top Live Music venue’s 20th Anniversary celebrations.

Crashing onto the UK Charts in the early ‘eighties with the likes of Body Talk’, ‘Just an Illusion’, and ‘Music & Lights’, Leee’s remarkable career, spanning over three decades with over 30 million albums and a host of gold, silver and platinum discs to his name, shows no sign of stopping soon.

Leee is currently on a worldwide tour, performing at some of the top soul and roots festivals and is stopping off to play at the Jam House before heading off to France, Ibiza and St Lucia.

Leee John comments; “It will be a blast to be back at such a great venue in its 20th year. Birmingham has such a great mix of people and the Jam House crowd are always ready to get into the groove and enjoy themselves.”

Always a supporter of young musical talent, Leee has invited local singer-songwriter, Shiraz, to launch his show. Her recent single release “Simmer Down” has already earned plays on BBC Radio 1 and 1Extra.

Located in the heart of the Jewellery Quarter the Jam House is split across three floors providing live music, good food and great entertainment.

Also coming up this June is soul Diva, Angie Brown, of Bizarre Inc’s ‘I’m Gonna Get You’ fame, plus Gospel Central, one of Birmingham’s best kept secrets, Jazz singer Carol Brewster and popular salsa band Del Camino, showing yet again that The Jam House is the leading music venue bringing a wide range of acoustic music, jazz, blues, funk and soul to the heart of the city.