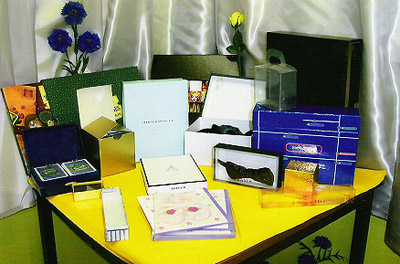 On 21 July 2016 the company of Bayliss Ormerod & Co Ltd was declared insolvent.
The company was established in 1912 and moved three times and extended several times on Icknield Street, as diversification was made into other areas such as gold blocking and printing.

This company was one of the first advertisers in The Hockley Flyer and advertised right up to their insolvency, – that is 32 years of continuous advertising. This was their 103rd year of trading.

In the early years, deliveries were made around the Jewellery Quarter by hiring a man, using a three-wheeled wicker basket.
The following is an item that appeared in The Hockley Flyer No 6 – June 1984):

‘Bayliss Ormerod & Co Ltd was founded by Mr. Herbert J. Bayliss in 1912 and is still (in 1984) a family concern with Mr. Herbert Bayliss’ sons, daughter and grandson still running the business, which has recently extended along Icknield Street.

The firm produces cardboard cartons, and plain and fancy cardboard boxes, and due to the foresight of its founder in importing some of the first transparent box making machinery into the country, is now one of the largest of this type of pack in the U.K. having helped to reduce the level of unemployed in the Hockley area by increasing the number of people employed over a period of time.’