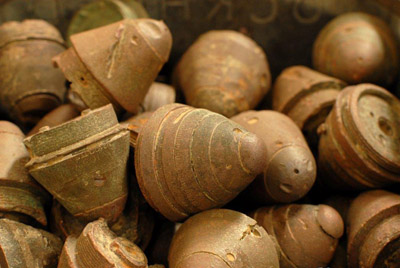 The casting, 3D printing and bespoke manufacturing company Weston Beamor has recently confirmed its involvement in an interesting new project casting Poppy Pins designed to commemorate the 100th anniversary of the Battle of the Somme in 1916; some examples of which were on display on their stand at International Jewellery London.

The special poppies are being cast by Weston Beamor for the London-based company TMB Art Metal (www.TMBArtMetal.com) as a fund raising initiative for the Royal British Legion.

They are sold exclusively online through the ‘Poppy Shop’ on the RBL’s website www.britishlegion.org.uk with the proceeds of all sales going to this very worthwhile charity. Each poppy has a retail price of £39.99.

The poppies are strictly limited, each representing an individual British soldier who died during the battle, which was fought from 1st July to 18th November 1916. 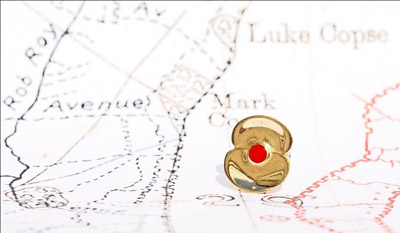 The pins are cast using metal exclusively from British brass artillery shell fuses salvaged from the battlefield in France by Christopher Bennett, the managing director of TMB Art Metal, who has also been given fuses by local farmers who regularly find them when ploughing their fields.

To make the pins even more poignant, the red-enamel spot in the centre of each poppy contains a little earth recovered from the site of the British front line which stretched for 18 miles, the very ground the brave men fought upon and in many cases died upon in 1916.

Each pin is marked on the reverse with the words ‘SOMME 1916’ and is presented in a lacquered wooden presentation box with an illustrated Certificate of Authenticity, together with a unique ‘Royal British Legion Everyman Remembered’ certificate commemorating the life of an individual soldier. 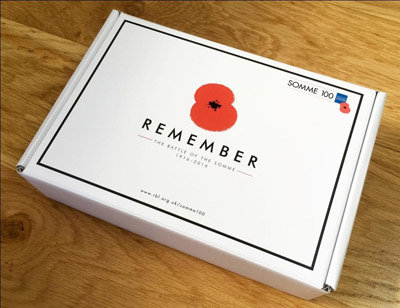 “We are absolutely delighted to be involved in this very worthwhile project and our whole team has found it very moving to know the back story that underlies each and every piece,” says Glen Day, Head of Business Development at Weston Beamor.

Christopher Bennett of TMB said: “It is emotional to walk the old front line and find these fuses linked to such an important event in our country’s history and know the poppies are made from them. This project is very much a labour of love and means a lot to me personally.”

“The Somme 1916 Poppy Pin is an attractive but discrete tribute that can be worn by anyone, all year round. By crafting the pins by hand exclusively from the original 1916 battlefield metal I feel we have honoured the soldiers in a way that anonymous, factory mass production can never achieve. I’m sure that Weston Beamor’s involvement will benefit us in our challenge to convert this century old metal into poppies.”