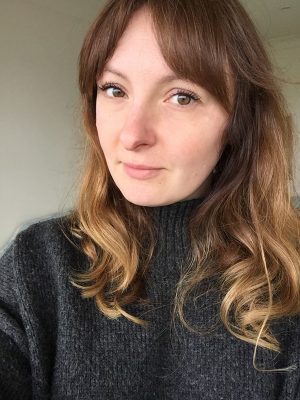 ‘During April the CIPD released the latest gender pay gap data from UK firms with more than 250 employees, revealing that 78% paid male employees more than they paid female staff, and that – despite outcry, campaigns and pledges – the pay gap has in fact widened this year in favour of men.

For myself and for the Women’s Jewellery Network’s board and Ambassadors, the words of Sam Smethers, CEO of The Fawcett Society, summed the data up perfectly: ‘disappointing but not surprising’.

Of course, those companies that have made progressive strides should be held up as positive examples. It is brilliant to see independent, family-run jewellers such as Beaverbrook’s and Chisholm Hunter continue to close the gap within their own companies, bolstered by global brands such as Tiffany & Co., which decreased its gap from 17.3% to 12.4%.

But there is still work to do. Other jewellery companies, and some whose leaders have wider interests in the trade, shared more unfavourable pay gap data.

With the widening disparity between men’s and women’s pay, company leaders firstly must be honest and accountable as to why this is; then they must strategize. Smethers herself says it’s time for action plans, not excuses businesses must kickstart work on five-year plans, with clear stages of implementation and achievable milestones. Crucial to this will be companies’ requirement to both think and act differently – to future-proof their organisations to the best of their ability at a time when the world of work, and the workforce itself, is evolving faster than ever.

Having myself moved into a role where daily I am immersed in the future plans of global companies, I’ve been witness to some outstanding workplace initiatives rooted in inclusivity, emotional intelligence, neuro-diversity and flexible working, alongside simple changes like providing benefits people actually want. It’s revealed to me just how much catching up the jewellery industry has to do, with much of this requiring a change in attitudes at the top – a place where, it’s fair to say, business leaders spend a lot of time focused on numbers, and far less time on their employee’s fundamental needs.

The bottom line is absolutely critical; however, ignore the mobilisation and motivation of your workforce at your peril. Get this right or wrong, and you are guaranteed to see the fruits of your ‘labour’ on your balance sheet eventually. All things considered, pay is important, but the future workforce will demand more.

Holistic care, progression, flexibility and support for workers will pay dividends in terms of talent retention, drive and their ambition to help the company thrive. Jewellery employers must adapt to society’s changing lifestyles and expectations: we are not only workers, we are also clients, parents, carers, students, singletons and retirees. We are people. And we want to feel duly rewarded and supported by the work that we do.

As it stands, just 9% of UK companies report no difference in pay between male and female employees. My hope is that, in another five years, this figure is closer to 90%, and we can drop the discussion of a ‘gender gap’ from pay data reporting altogether. When it comes to the jewellery sector, I believe that there are businesses that can and will achieve absolute parity for their staff.

Businesses that can forge the path for the entire trade, and in ways that go much further than parity of pay cheques.
www.womensjewellerynetwork.com