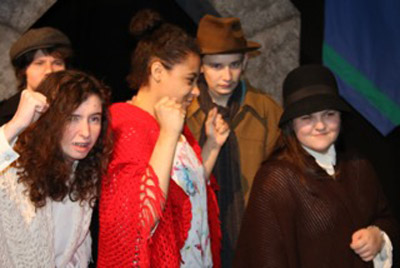 With the support from Birmingham City Council and the Heritage Lottery Fund, the members of Blue Orange’s Youth Theatre have been devising, with the help of local writers, five pieces of drama based on the experiences of Jewellery Quarter residents and trades during the First World War.

During the afternoon’s trail around the Quarter, the pieces will be performed at various locations including St. Paul’s Church, the Pen Museum and the Museum of the Jewellery Quarter – starting and finishing at the Blue Orange Theatre.

The five plays are: –

‘Little Gem’
Tommie’s father has been called to arms in the Great War along with his prize homing pigeons Little Gem and Podge. Will Little Gem be able to thwart the German hawks and rescue Podge, relay important information about the enemy’s battle plans, save stranded sailors in war-torn waters and still make it home to the Jewellery Quarter with a birthday message from Tommie’s father?

‘Football’
On Christmas Day, soldiers in the front line trenches receive a` message from a group of schoolboys, who live in Birmingham’s Jewellery Quarter.  They have planned a special football match to raise much-needed funds for the War Effort.  However, an unexpected truce is about to come to pass in No-Man’s-Land. 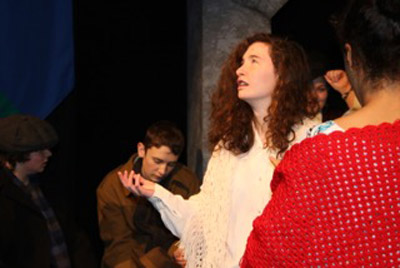 ‘Your Country Wants You’
The King needs recruits to fight the German Menace; but, in a world before the Internet, television and even radio, how are they ever going spread the word of this righteous cause and encourage young men to take arms and risk their very lives?

‘The Pen Is Mightier Than the Bayonet’
The year is 1914 and the Jewellery Quarter is the centre of the world’s pen trade.  We take a look at just a few of 12.5 million letters being sent every week, from the view of the pens that wrote them.

‘Whistle Stop Tour’
As Lord Mayor Neville Chamberlain is taking a whistle stop tour of factories around the city – including Hudson and Co. (Tool, toy and whistle manufacturers since 1870!) in the Jewellery Quarter – the factory struggles to fulfil its orders for whistles for the front line. With sheet brass in short supply and DORA (The Defence of the Realm Act) arresting any workers with foreign connections…. perhaps Cadbury’s Chocolate factory can lend a hand.

Come and support the creative work of the area’s children and witness a unique event whilst discovering new facts about the Jewellery Quarter’s rich history.