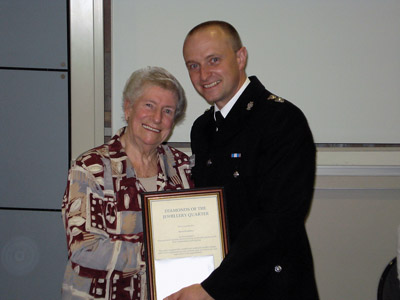 Police in the Jewellery Quarter and St Paul’s neighbourhood have launched a brand new awards scheme to recognise and reward the contributions of members of the community.

The event was a first for West Midlands Police as it exclusively recognised people, businesses, and organisations who have dedicated their resources to create safer and better neighbourhoods in partnership with the police and other agencies.

Mr Munro said; “There are two things that are greatly valued by the businesses and residents of the neighbourhood – parking and community safety! Over the past three years the neighbourhood police have become more visible and accessible, this has been an invaluable asset in further increasing safety in the community of the Jewellery Quarter and St Paul’s.” 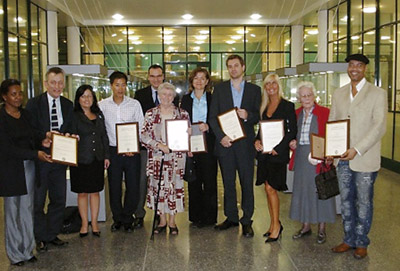 Mrs Haddleton’s passion for the community stems from her deep rooted connections with the area: she was born in the Jewellery Quarter and her father, PC Richard Jones, policed the area from 1920 to 1946.

We hope the awards will encourage more people to get involved in their neighbourhood in the future and raise awareness of the neighbourhood as a place of which the community is proud.”

The funding for the event and awards scheme has been recently been granted from the Police Property Act fund.